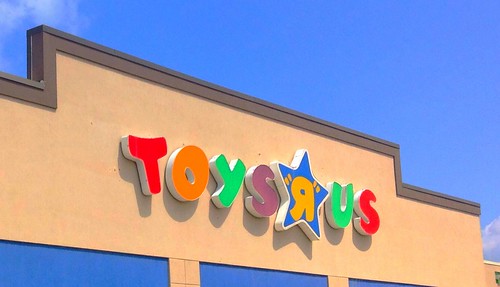 The orthodoxy that dominates today's Republican Party -- and the ranks of "business-friendly" Democrats -- rests on a simple approach to economic policy. Let's be nice, this orthodoxy holds, to rich people.

Let's be particularly nice at tax time. Let's keep taxes on rich people, conservatives advise us, as low as possible. High taxes on high incomes, they argue, discourage entrepreneurship. No one with a great idea for a new business enterprise is going to start that business, their argument goes, if Uncle Sam is just going to tax away the rewards that a new business could bring.

And the same goes for investors. They're not going to invest in "job-creating" enterprises, the conservative orthodoxy insists, if high taxes threaten to eat away at their potential earnings.

This conservative take of taxes works wonderfully for sound bites -- and totally muddies how our economy actually works. Consider, for instance, the story of Toys "R" Us, the iconic global retailer that has just announced its impending demise after over a six-decade run.

That run started with Charles Lazarus, a World War II veteran who learned the retail trade helping customers in his father's Washington, D.C. bike shop. In the years right after the war, Lazarus realized that all his veteran friends were settling down and raising families. Products for kids, Lazarus figured, had a great future, and in 1948 the budding 25-year-old entrepreneur opened a storefront outlet for children's furniture.

Lazarus would soon add toys to his store's product line and quickly see their awesome sales potential. Parents, he realized, only buy a crib once. But toys break and go out of style. They always need to be replaced. By 1957, Lazarus had opened his first toys-only store. By the mid 1960s, his one store had become a small chain pulling in millions in annual sales. Lazarus had become a classic entrepreneurial success story.

None of this should have happened, according to today's conservative orthodoxy on taxes. In the postwar years, high incomes in the United States faced high tax rates. Income in the top tax bracket -- over $200,000 for a single earner -- faced a 91 percent tax rate throughout the 1950s. That top rate didn't dip below 90 percent until 1964. In 1980, the year Ronald Reagan won the White House, America's most affluent still faced a 70 percent tax on their top-bracket income.

These high tax rates on high income didn't seem to undermine the entrepreneurial spirit of Charles Lazarus. He built his toy business right amid them. And Lazarus didn't build that business out of the goodness of his heart either. He saw himself as a businessman out to make a buck.

"If you're going to be a success in life, you have to want it," he would later tell Forbes. "I wanted it. I was poor. I wanted to be rich."

But "rich" has always been and will always be a relative phenomenon. Yes, Lazarus did face high tax rates in the decades right after World War II. But so did everyone else in his lofty income tax bracket. He remained, after taxes, rich by the standard of his day. He felt rewarded enough to exercise his entrepreneurial talents.

In the 1980s, America's economic dynamics -- and incentives -- would change. The 1981 Reagan tax cut opened a new tax-the-rich-ever-so-lightly era. By 1986, the tax rate on top-bracket income had sunk to 28 percent. America's wealthiest now had opportunities to become wealthier than they had ever imagined. They rushed to seize those opportunities by any means necessary.

Behaving entrepreneurially in the classic sense -- identifying an unmet consumer need, meeting that need with style and panache -- would now not be enough for many of America's wealthiest. Patiently building up a business could eat up too much time. Behaving ruthlessly could pile up the millions quite a bit quicker.

Lazarus would soon demonstrate his ruthlessness. His "tough business tactics," business journalist Eric Clark has detailed, sent Toys "R" Us soaring. Lazarus would leverage his growing market dominance to squeeze toy makers, forcing them to accept payment long after they delivered their goods. He demanded -- and won -- free advertising from manufacturers and preferential treatment over other retailers.

Toy consumers didn't benefit from this squeezing. Neither did Toys "R" Us workers. Lazarus did. In 1987, he pulled in a personal payday of $60 million and ended the year as America's top-paid CEO. He ended the decade with a cumulative compensation of $156.2 million.

Related Topic(s): Conservatives; Prosperity; Sell Out To The Rich; Socialism For The Rich; Taxes, Add Tags
Add to My Group(s)
Go To Commenting
The views expressed herein are the sole responsibility of the author and do not necessarily reflect those of this website or its editors.