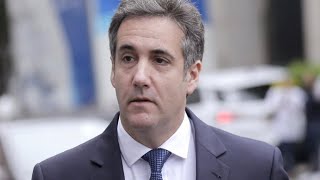 When Michael Cohen handed over to CNN (via his lawyer Lanny Davis) a tape he secretly recorded of Donald Trump and him discussing a payment intended to keep a Playboy model silent about her alleged affair with Trump, the former Trump fixer signaled that he indeed has defected and is willing to cooperate fully with prosecutors, including special counsel Robert Mueller. This marks what promises to be a decisive moment in not only the Trump-Russia scandal but all the Trump scandals (known and unknown), for Cohen appears to have been involved in almost every aspect of Trump's deeds and misdeeds. With Cohen blowing the whistle, Mueller and other prosecutors will end up with a symphony of leads. After all, he likely has inside information on each of the three rings of the Trump scandal circus: the Russia affair, the business affairs, the affairs affair. Make a Venn diagram of all this, and Cohen is dead center. This ex-consigliere poses a triple threat to the godfather he once ruthlessly served.

Let's start with Russia. Cohen intersects with the known narrative in at least two ways. He was there when Trump cut a deal with Russian oligarch Aras Agalarov and his pop-star son Emin to hold the Miss Universe contest in Moscow in 2013. When Trump gathered with the Agalarovs in Las Vegas in June 2013 to formalize their partnership, Cohen accompanied the celebrity businessman and was part of a celebratory dinner at a high-end restaurant. That is, Cohen was present at the creation of the bond forged between Trump and this Putin-friendly oligarch. (Also in attendance was an Agalarov associate who had been linked to Russian money laundering.) This could well be significant for investigators because it was the Trump-Agalarov connection that led to the now notorious Trump Tower meeting on June 9, 2016 -- when Donald Trump Jr., Jared Kushner, and Paul Manafort, then the campaign chairman, met with a Russian emissary whom they were told would provide them dirt on Hillary Clinton as part of a secret Kremlin plot to help Trump.

That meeting is an important focus of the Russia investigation, for it is an example of when the Trump campaign eagerly attempted to collude with the Putin regime. ("If it's what you say I love it," Trump Jr. said in an email at the time.) It is also an important component of any obstruction-of-justice probe. When the meeting became public in July 2017, Trump Jr. released a statement falsely claiming that the meeting merely had covered Russian adoption policy. Trump's involvement in the drafting of that inaccurate statement has been a key issue. In January, Trump's lawyers sent a letter to Mueller noting that Trump had dictated his son's response. This raised the question of whether Trump Jr. had lied to a Senate committee when he previously said during private congressional testimony that his father had not played a vital role in concocting the statement. But this letter also highlighted other potential problems for Trump: Did he lie when he publicly said he had no prior knowledge of the meeting, and did he direct potential witnesses in the Mueller investigation to stick to a false cover story? Meaning, did the president engage in obstruction of justice?

David Corn is  Mother Jones ' Washington bureau chief. For more of his stories,  click here . He's also  on  Twitter  and  Facebook .  RSS  |  TWITTER  David is (more...)
Related Topic(s): Donald Trump; Donald Trump Junior; Michael Cohen; Putin; Trump Hypocrisy; Trump Russia Connection, Add Tags
Add to My Group(s)
Go To Commenting
The views expressed herein are the sole responsibility of the author and do not necessarily reflect those of this website or its editors.