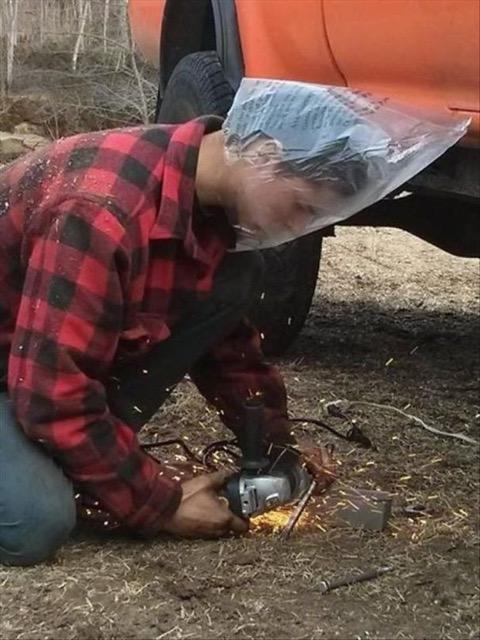 The concern here is the disappearance of so many jobs from the US, mainly manufacturing jobs, what happened to them, and are they coming back? To be honest, not all of them were exported to other countries. Some of them were lost forever to innovation or newer methods that appeared over time. The evolution of the computer, for example, shows how many products important for the building of a 1960s computer no longer exist. Others were lost to history, their need no longer required or desired. The typewriter is one of these types of goods.

Of this group, the most important part is the one concerning work that still goes on today where vibrant activity of jobs still exist. I'm talking here about those products that could be made in the US, probably used to be made in the US, but are no longer made in the US. This is the part that gets Conservatives to vote to "bring back jobs" and Liberals to vote to "save our jobs from going overseas." In reality, neither strategy has worked and neither will work. That's mainly because Republicans and Democrats are not discussing the topic, they're discussing the outcomes.

Here's the topic. There's a name for the strategy of moving jobs overseas. It is called simply outsourcing. I know because it was part of my job in the 1980s and 1990s. It's a supply chain management technique that has always existed, but became more viable over time and was given major impetus in the Reagan administration before finally taking off in the last decade of the 20th Century. It is based on sound management principles that have been warped to meet the goals of naked capitalism.

So, what are these "sound" principles? Reduce cost, time and effort using other facilities without compromising quality, delivery or function. It's a pretty simple concept. Rather than trying to do everything in house, offload those items that can be done better for less money. Just don't compromise the chosen model. There's nothing commercially wrong with this model.

Long before there was a China manufacturing everything in the world for peanuts, a way of reducing a major cost of modern production, labor cost, evolved between the US and Mexico. By the 1960's, the cost of using humans in the manufacturing process had soared to 75% of the cost of goods sold, or cogs, in some products. There was absolutely no way that genie was going back in the bottle. Workers weren't going to accept a pay cut of 90% so alternate solutions were actively sought. In 1964 the Maquiladora Program, known as the Programa Nacional Fronterizo, or pronaf, in Mexico, started to industrialize its border towns with the US. It allowed American firms to create satellite plants in border cities and use them for easy tasks, such as assembly, and pay wages in Mexican pesos rather than US dollars (annual salaries of only $1,060 in Mexico vs $5,350 in the US).

In my own personal maquiladora experience, I helped send the Emerson Electric transformer plant from Santa Ana, Orange County, California, USA, to Mexicali, Baja California del Norte, Mexico, in 1986. It took my company about a year.

In order for outsourcing to explode worldwide, however, a few other items needed to occur. Tariffs needed to be eliminated and shipping costs needed to come down. After WWII and before Orange Hair invaded the White House, tariffs were essentially abolished as anti-growth. Globalization has all but ensured that, Orange Hair notwithstanding, there will be no sudden and quick return to the penalties of old which sought to punish goods coming from another country.

The fate of sea cargo, however, took a different path. Going into the 20th Century goods were shipped in bulk, stored on board in the bottom of the ship piled on top of one another and loaded and unloaded using a gigantic net where merchandise was literally thrown into and dumped out of. This was not very conducive to protecting the quality of a given product, especially its aesthetic quality.

Say hello to the Clifford J. Roberts, the first container ship that transported 600 containers from British Columbia to Skagway in 1955. By 1972, the Longshoremen's union in the US is reduced by 2/3. By the end of the 1970's, there were universal standards in the size of truck, train and sea containers and by the last decade of the 20th Century, 90% of all ports are containerized and nearly all transportation moves using containers. According to discovercontainers.com, Shipping costs had fallen from $5.86 per ton in 1956 to around $0.16 per ton today, more than a 90% drop.

The missing piece in all this was provided by the glorious B-movie actor who took that second-rate expertise to the White House, President Ronald Reagan. His laissez-faire approach to business brought about deregulation and naked capitalism according to a business insider article.


This ideology ultimately led to the financialization of the US corporation - the process of putting shareholders first, often at the expense of workers and consumers - and its emergence as an actor that takes resources from the economy rather than creating them. This, combined with a government zeal for lowering taxes rather than spending, means no one - not the government, and not the private sector - is investing enough in America to keep the economy strong across social classes.The article showed how in five years, from 1980 to 1985 employment in the US economy increased by 2.6 percent, but employment of operators, fabricators, and laborers fell from 20.0 million to 16.8 million, a decline of 15.9 percent. This caused some companies, like consumer electronics maker RCA, to disappear entirely, from a global leader in 1981, to chopped up and sold for parts by GE in 1986.


In the article, William Lazonick - an economics professor at UMass Lowell - describes the results of that transformation in his 2012 paper, "The Financialization of the US Corporation: What Has Been Lost, and How Can It Be Regained." Lazonick says "the financialization of the American corporation began in earnest, and blue-collar workers were left behind by corporate America and the government alike: 'As secure middle-class jobs for high-school-educated blue-collar workers permanently disappeared, there was no commitment on the part of those who managed US industrial corporations or the Republican administrations that ruled in the 1980s to invest in the new capabilities and opportunities required to upgrade the quality and expand the quantity of well-paid employment opportunities in the United States on a scale sufficient to re-establish conditions of prosperity for these displaced members of the US labor force.'"

They're still doing it today. In 2010, CBSnews in their article, GOP Blocks Bill to Punish Companies that Move Jobs Abroad, decried "[c]urrent tax law allows companies to benefit in a variety of ways when they move jobs overseas, including deducting the costs of closing American plants. The proposed bill would have raised taxes on companies that move manufacturing jobs out of the country and provide a tax incentive for companies that decide to bring them back." More recently, in June, 2020, the Institute of Taxation and Economic Policy, ITEP, announced that "[n]o new tax provisions can be more generous than the zero percent rate the 2017 [Trump/GOP tax] law provides for many offshore profits or the loopholes that allow corporations to shift profits to countries with minimal or no corporate income taxes."

Related Topic(s): America; American Hegenomy; American International Group; American Prospect; American Research Group; Americans For Democratic Action; Corporations; Economy; Government; Innovation; (more...) Jobs; Jobs-Outsourcing; Left Behind; Workers, Add Tags  (less...)
Add to My Group(s)
Go To Commenting
The views expressed herein are the sole responsibility of the author and do not necessarily reflect those of this website or its editors.