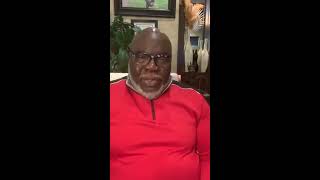 It surely looks like Trump is trying to kill the evangelical Christians that elected him.

But it does raise the point that to ensure the continued support of evangelical Christian leaders who want to keep their churches open so they can collect huge weekly donations, Trump is willing to allow the congregations that gave him huge numbers of votes, to mingle, sing, hug, kiss and exchange airborne corona virus.

The Trump administration's federal guidelines that allow religious organizations to have services and meetings while the federal guidelines for the rest of the population are "Stay Home" and go out for only essential reasons, is remarkably partisan and dangerous.

With religious holidays for both the Christian and Jewish congregations coming up, pastors of large Christian churches in Texas, South Carolina and Georgia are planning Easter services to bring their congregations together.

Orthodox Jewish groups in New York City have been gathering for services and reports are that Saturday night's Seider dinners are being planned in many extended families.

The corona virus has put us in strange and confusing times, and the decision to allow one's "God" instead of professional medical advice and common sense to determine to one's fate is foolhardy -- and a way to lose votes, either through death or from total rejection of an administration that purposefully allows one sector of society to endanger the lives of the rest of society for votes.

Ann Wright is a 29-year US Army/Army Reserves veteran, a retired United States Army colonel and retired U.S. State Department official, known for her outspoken opposition to the Iraq War. She received the State Department Award for Heroism in 1997, after helping to evacuate several thousand (more...)
Related Topic(s): Christian Leaders; Christian Values; Corona Virus Coronavirus Covid-19; Trump Cruelty; Trump Religion; Trump Signs Executive Order; Trump Untrustworthy, Add Tags
Add to My Group(s)
Go To Commenting
The views expressed herein are the sole responsibility of the author and do not necessarily reflect those of this website or its editors.