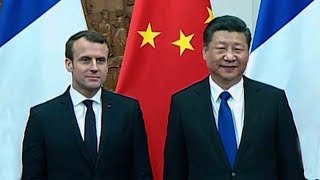 It came out as a sort of minor scandal -- considering the "24/7 post-truth news cycle." Of the 28 EU ambassadors in Beijing, 27, with the exception of Hungary's, signed an internal report criticizing the New Silk Roads as a non-transparent threat to free trade, allegedly favoring unfair competition by Chinese conglomerates.

The report was first leaked to respected German business newspaper Handelsblatt. EU diplomats in Brussels confirmed its existence to Asia Times. Then the Chinese Foreign Ministry calmed the turbulence, saying that Brussels had explained what this was all about.

In fact, it's all about nuances. Anyone familiar with how dysfunctional Eurocrat Brussels is knows there's no EU common policy towards China -- or Russia for that matter.

The internal report does mention how China, via the New Silk Roads, or Belt and Road Initiative (BRI), is "pursuing domestic political goals like the reduction of surplus capacity, the creation of new export markets and safeguarding access to raw materials."

That's a self-evident Chinese rationale inbuilt in BRI from the start -- and Beijing never denied it. After all, the concept itself was first floated inside the Ministry of Commerce, way before the official announcements by President Xi Jinping in Astana and Jakarta in 2013.

Perceptions of the BRI vary across myriad latitudes. Central and Eastern Europe are mostly enthusiastic -- as BRI is synonymous with badly needed infrastructure projects. So are Greece and Italy, as Asia Times reported. Northern ports such as Hamburg and Rotterdam are actually configured as BRI terminals. Spain is very much interested in the days when the Yiwu to Madrid cargo train will move to high-speed rail.

Essentially, it all boils down to companies from specific EU nations deciding their degree of integration with what Raymond Yeung, ANZ's chief economist for greater China, describes as "the biggest economic experiment in modern history."

The case of France is emblematic. President Emmanuel Macron -- now on a massive geopolitical PR offensive to crown himself the unofficial King of Europe -- actually praised the BRI when he visited China earlier this year.

But nuance, once again, applies: "After all, the ancient Silk Roads were never only Chinese," Macron said in Xian at the Daming Palace, the residence of the Ancient Silk Road stalwart Tang dynasty for more than two centuries. "These roads," added Macron, "cannot be those of a new hegemony, which would transform those that they cross into vassals."

So Macron was already prepositioning himself to steer EU-China relations away and beyond the number one EU grievance; how the Chinese play the foreign trade/investment game.

Macron has been very vocal in prodding the European Commission bureaucracy to toughen anti-dumping rules against Chinese steel imports and forcing EU-wide screening of takeovers in strategic sectors, especially from China.

In parallel, virtually every EU nation -- not only France -- wants more access to the Chinese market. As much as Macron has touted an optimistic mantra -- "Europe is back" -- in terms of EU competitiveness, that barely masks the primordial European fear; the fact that it's China that may be getting too competitive.

Related Topic(s): China New Silk Roads; Commerce; Economy; European Debt Crisis; France; Imports, Add Tags
Add to My Group(s)
Go To Commenting
The views expressed herein are the sole responsibility of the author and do not necessarily reflect those of this website or its editors.