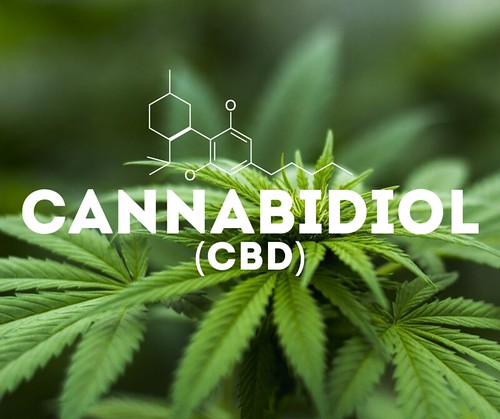 When it comes to CBD oil, it seems that the United States has not been the leader in beneficial research. Because of the nation's contentious relationship with cannabis, the consideration something good could come from the plant is a very new idea.

That notwithstanding, research from other nations have convinced America to rethink its position on CBD. But why are we dragging our feet on it in the first place?

America's complicated relationship dates back to the turn of the 20th century. As Mexican nationals immigrated into the United States, they brought a relaxed attitude towards cannabis. Colloquially known as "marihuana," it soon became a political issue. Although cannabis was used by pharmacists in different tonics and medications, "marihuana" was considered a threat to public health due to expanding use.

The issue came to a head after the passage of the Marihuana Tax Act of 1937, which effectively banned the sale and use of marijuana. While the act would ultimately be struck down in federal court, it was later replaced by the Controlled Substances Act of 1970. Signed into law by President Richard Nixon, it made cannabis, or marijuana, a Schedule I drug putting it at the same level as heroin and opioids.

Fuel was added to the fire during the 1980's, when First Lady Nancy Reagan made the "War on Drugs" one of her primary causes. Children of the decade were taught to "Just Say No!" in a number of public service announcements, school programs, and rallies across the country.

Since then, attitudes towards cannabis and CBD oil have changed across the country. While some states allow the recreational use of marijuana, researchers are taking advantage of the opportunity to research the advantages of CBD oil.

Developments on CBD and epilepsy land on America's shores

Even though CBD oil research has suffered in the United States, it doesn't mean we can't benefit from international research. Other nations have approved the use of CBD as part of prescription medications for health conditions.

The British prescription Sativex (nabiximols) contained both cannabidiol and THC. While researched for side effects of multiple sclerosis (MS), including pain, bladder issues and sleep disruption, it was approved in the United Kingdom for the treatment of spasticity related to MS.

This research encouraged continued work into the link between CBD and spasm conditions, and lead to the first cannabis-based prescription medication approved by the U.S. Food and Drug Administration. Epidiolex was approved in 2018 for the treatment of two severe forms of pediatric epilepsy. Today, the medicine is used in the treatment of both Dravet syndrome and Lennox-Gastaut syndrome, which can create severe seizures in children as young as one year old.

With the research in CBD oil continually evolving, there's much more left to discover. The early promise is prompting doctors and scholars to look at additional beneficial uses in both humans and animals.

Among all the research done in the 21st Century, there may be no compound more scrutinized than cannabidiol. Around the world, research physicians are collaborating to determine how CBD oil works best in the body, and what conditions it can benefit.

Much of the peer-reviewed published research focuses on the benefits of CBD oil in many conditions, from hypertension to joint pain. One study published in 2017 focused on CBD oil use in reducing blood pressure. Using a double-blind, placebo-controlled model, the male volunteers who were given CBD experienced lower resting and stress-induced blood pressure. While the study conceded more research was required, it noted that the results showed promise for future gains.

As a digital marketing strategist with a passion for technology and travel, Melissa coaches her partners to connect with their audience through experience optimization, with the goal of retaining more (more...)

Related Topic(s): Cbd Oil; Marijuana, Add Tags
Add to My Group(s)
Go To Commenting
The views expressed herein are the sole responsibility of the author and do not necessarily reflect those of this website or its editors.

Why Does the American Government Drag Its Feet on CBD