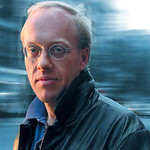 Chris Hedges omits mentioning in his recent article OUR INVISIBLE GOVERNMENT the Clinton administration's dismantling wars against Yugoslavia, including 78 days of non-stop bombing of Serbia in 1999 that killed thousands of innocent people in the name of "humanitarian intervention," wars he covered for the New York Times, the paper he has come to castigate and the paper that has a long history of doing the CIA's bidding.

Revelations about the machinations of the so-called "deep state's" conspiracies often conceal deeper truths that go unmentioned. This is quite common, whether it is done intentionally or not.

Sometimes it is intentional and is directed by the intelligence agencies themselves or their accomplices in the media, who operate a vast propaganda network. In that case, it is because the secret rulers have been caught doing some evil deed, and, not being able to fully deny it, they admit to part of it while concealing deeper secrets. This is termed "a limited hangout." It is described by ex-CIA Deputy Director Victor Marchetti, author of The CIA and the Cult of Intelligence, as follows:

Spy jargon for a favorite and frequently used gimmick of the clandestine professionals. When their veil of secrecy is shredded and they can no longer rely on a phony cover story to misinform the public, they resort to admitting sometimes even volunteering some of the truth while still managing to withhold the key and damaging facts in the case. The public, however, is usually so intrigued by the new information that it never thinks to pursue the matter further.

For the average person, it is very hard to read between the lines and smell a skunk. The subterfuge is often very subtle and appeals to readers' sense of outrage at what happened in the past. After the Church Hearings in the 1970s, and then Carl Bernstein's limited hangout article in R olling Stone in 1977, where he named the names and "outed" many major media and individuals for having worked with the CIA, many people breathed deeply and consigned these evil and propagandistic activities to the bad old days. But these "limited hangouts" have been going on ever since, allowing people to express outrage and feel some sort of redemption is at hand in the naïve belief that the system is reformable. It is a pipe dream induced by the smallest puff on the media's latest recreational drug, for which no prescription is needed. The media that more openly and proudly than ever reveal their jobs as stenographers for the intelligence agencies (see my US Media Propaganda. Drawing "Liberals" and "Leftists" into the CIA's Orbit. NPR).

In The Iceman Cometh, the playwright Eugene O'Neill puts the delusional nature of so much public consciousness thus:

To hell with the truth! As the history of the world proves, the truth has no bearing on anything. It's irrelevant and immaterial, as the lawyers say. The lie of a pipe dream is what gives life to the whole misbegotten mad lot of us, drunk or sober.

Truth may never have been popular, but if one studies the history of propaganda techniques as they have developed in tandem with technological changes, it becomes apparent that today's incredibly sophisticated digital technology and the growth of screen culture that has resulted in what Guy Debord has called "the society of the spectacle" has made the manipulation of truth increasingly easier and far trickier. News in today's world appears as a pointillistic canvas of thousands of disconnected dots impossible to connect unless one has the desire, time, determination, and ability to connect the points through research, which most people do not have. "As a result," writes Jacques Ellul in his classic study, Propaganda, "he finds himself in a kind of kaleidoscope in which thousands of unconnected images follow each other rapidly" and "his attention is continually diverted to new matters, new centers of interest, and is dissipated on a thousand things, which disappear from one day to the next." This technology is a boon to government propagandists that make sure to be on the cutting edge of new technology and the means to control the flow of its content, often finding that the medium is the message, one that is especially confounding since seemingly liberating e.g. cell phones and their easy and instantaneous ability to access information and "breaking news."

Then there are writers, artists, and communicators of all types, whether consciously or not, who contribute to the obfuscating of essential truths even while informing the public of important matters. These people come from across the political spectrum. To know their intentions is impossible, unless they spell them out in public to let their audiences evaluate them, which rarely happens, otherwise one is left to guess, which is a fool's game. One can, however, point out what they say and what they don't and wonder why.

A recent article, OUR INVISIBLE GOVERNMENT, by the well-known journalist, Chris Hedges, is a typical case in point. As is his habit, he sheds light on much that is avoided by the mainstream press. Very important matters. In this piece, he writes in his passionate style that

This, of course, is true. He then goes on to catalogue ways these intelligence agencies, led by the CIA, have overthrown foreign governments and assassinated their leaders, persecuted and besmirched the names of those Edward Snowden, Julian Assange, et al. who have opposed government policies, and used propaganda to conceal the real reasons for their evil deeds, such as the wars against Vietnam, Syria, Afghanistan, Iraq, and Libya. He condemns such actions.

He spends much of his article referencing Stephen Kinzer's new book, Poisoner in Chief: Sydney Gottlieb and the CIA Search for Mind Control and Gottlieb's heinous exploits during his long CIA career. Known as "Dr. Death," this Bronx born son of Jewish immigrants, ran the CIA's mind control programs and its depraved medical experiments on unknowing victims, known as MK-ULTRA and Artichoke. He oversaw the development of various poisons and bizarre methods to kill foreign leaders such as Fidel Castro and Patrice Lumumba. He worked closely with Nazi scientists who had been brought to the United States by Allen Dulles in an operation called Operation Paperclip. Gottlieb was responsible for so many deaths and so much human anguish and suffering that it is hard to believe, but believe it we must because it is true. His work on torture and mind control led to Abu Ghraib, CIA black sites, and assorted U.S. atrocities of recent history.

Hedges tells us all this and rightly condemns it as "the moral squalor" and "criminality" that it is. Only a sick or evil person could disagree with his account of Gottlieb via Kinzer's book. I suspect many good people who have or will read his piece will agree with his denunciations of this evil CIA history. Additionally, he correctly adds:

It would be naive to relegate the behavior of Gottlieb and the CIA to the past, especially since the invisible government has once again shrouded the activities of intelligence agencies from congressional oversight or public scrutiny and installed a proponent of torture, Gina Haspel, as the head of the agency.

Related Topic(s): Bosnia War; Serbia; Yugoslavia, Add Tags
Add to My Group(s)
Go To Commenting
The views expressed herein are the sole responsibility of the author and do not necessarily reflect those of this website or its editors.