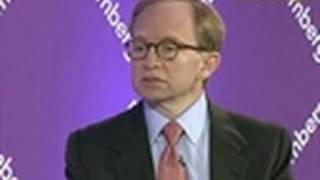 No political ideology in modern American history has failed as consistently, or for as long, as the Wall Street-friendly political brand known as "Democratic centrism."

It's true that individual politicians have succeeded under this umbrella, through art and luck, but their party and their policies have faltered under this ideology. Yet its practitioners continue to hawk their wares, undeterred by a losing streak that has brought their party to its knees.

Rattner tells us Sen. Bernie Sanders (full disclosure: I was the senior writer for Sanders' presidential campaign) is "banging on" about Medicare For All, that he is a "crusty Vermont independent," that he "wants to be a senatorial Pied Piper for Democrats," and -- in what may be the greatest sin of all for Mr. Rattner -- that he "isn't even a registered Democrat."

Nor are voters spared Rattner's scorn. Those who agree with Sanders on the issues are not "supporters" or "allies," but "acolytes," suggesting they are motivated more by religious fervor than by reason.

Another word for these "acolytes" might be "Democrats," since a poll conducted earlier this year showed that 80 percent of registered Democratic voters viewed Sanders favorably.

Although Mr. Rattner writes about "the fringe of our party," 65 percent of Democrats say that expanding Medicare to cover every American is a "good idea." Which begs the question: Who's really on the party's "fringe"?

Politically, Mr. Rattner characterizes Medicare For All as "a freight train coming at us." Who, one wonders, is the "us" in that sentence? Its popular appeal has been affirmed in a number of polls.

Mr. Rattner challenges that finding. "When factors like whether taxes would be raised or the Affordable Care Act would be repealed are introduced," he writes, "the consensus swings to opposition."

An informed reading of those polls suggests otherwise. First, the elastic word "consensus" suggests virtual unanimity among voters and obscures the idea's growing support. Yes, one poll did see a drop-off in support after questioners raised the possibility of higher taxes. But pollsters did not mention the fact that, overall, healthcare costs would be reduced for most households, in some cases dramatically.

That omission left respondents with the impression that their costs would go up, and was thus misleading. Significantly, when Democrats were warned of higher taxes, 59 percent of them still supported Medicare For All. That suggests that voters can be educated on this issue.

Concern about repealing the Affordable Care Act seems equally under-informed, since Medicare For All would replace it with substantially better coverage, and at significantly lower cost for all but the wealthiest households.

More broadly, Rattner expresses concern that the overall Sanders agenda lacks appeal beyond the Democratic base. He might want to note a recent poll showing that the "crusty Pied Piper" is not only popular among Democrats but, in Newsweek's words, is "far more popular among independents and Republicans" than the centrist Hillary Clinton.

Related Topic(s): Capitalism; Centrist-Moderate; Democrats; Healthcare; Medicare; Politicians; WILL DEMS BLOW IT AGAIN, Add Tags
Add to My Group(s)
Go To Commenting
The views expressed herein are the sole responsibility of the author and do not necessarily reflect those of this website or its editors.