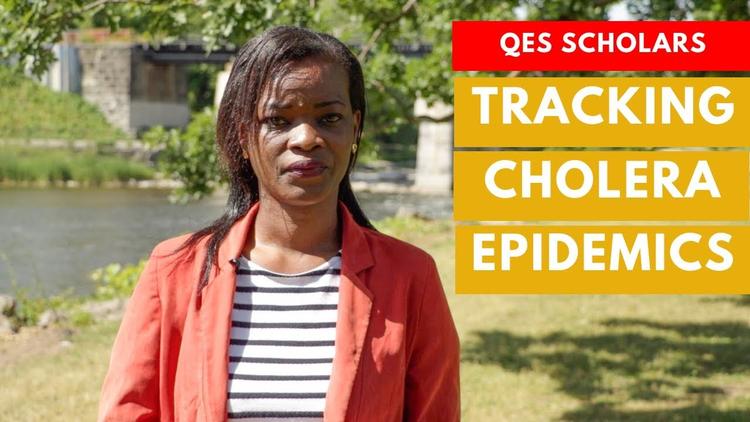 Sheri Fink at the NYT reports that Center for Disease Control scientific modeler Matthew Biggerstaff estimated in a conference call that the coronavirus pandemic could last for many months or as long as a year and could infect half to two-thirds of the population of the United States. Between 200,000 and 1.7 million people could die.

The Trump administration could have avoided this prospect by swinging into action with testing kits, tracking cases, and selective isolation practices months ago. Instead, Trump did nothing, and indeed, tried to deny the severity of the threat. He has still been lying about it this week, worried about how the outbreak will affect the stock market or the economy or, apparently, his image. But his weird insouciance and clear cluelessness had the opposite effect of the one he was going for, tanking the market. It wouldn't have been necessary to close down so many things and harm the economy so deeply if steps had been taken early on.

There is an exact analogy between Trump's treatment of Covid-19 and his treatment of the climate emergency. In both cases, he and his surrogates attacked the science and took pride in giving the finger to reality. Trump actually promotes coal and petroleum, the dirtiest fossil fuels, as though he is impatient to see the lower floors of his Trump Tower in Manhattan under water. Likewise, he takes pride in holding infectious rallies and shaking hands. Last weekend, he met with another Covid-19 and Climate Emergency denialist, Jair Bolsonaro, the president of Brazil, whose government spokesman was along for the trip and was a carrier of Covid-19. So Trump and the Mar-a-Lago gang were exposed because of being damn fools.

People who don't believe in science might have difficulty accepting this, but the climate emergency is deeply connected to disease and the potential for epidemics, according to the scientists at the World Health Organization. That's right. The high-end threat of one point seven million dead Americans is only the beginning if we go on burning coal, petroleum and other hydrocarbons. We are putting some 36 billion metric tons (about 40 billion US tons) of heat-trapping carbon dioxide into the atmosphere every year. This is like blowing up atomic bombs in the sky constantly, lots of them. It makes things hot.

It also makes things dirty. Poor lung health is a serious risk factor for dying of Covid-19, and people who live near coal power plants or along highways or in cities with car- and power-plant-polluted air typically have poor lung health. Breathing air polluted by burning hydrocarbons produces the lung disease of emphysema the same way smoking a pack of cigarettes a day for 29 years would. It is worth noting that Wuhan, the epicenter of the novel coronavirus, is China's 14th most air-polluted city. (And that is saying something. When I went to Beijing in 2015, I could barely see two feet in front of my face sometimes, and my trip to the Great Wall was spoiled by impenetrable smog.) Some proportion of Covid-19 deaths in China were certainly because of the long history of burning masses of coal there. (China has made slow progress in moving to renewables, reducing coal-generated electricity from 85 percent to 60 percent; but 60 percent is a lot, and China won't even stop building new coal plants until 2030).

As for the novel coronavirus itself, we do not know if China's warmer winters compared to a century ago allowed it to thrive during a season when the cold used to sterilize things. Some viruses actually like it to be warmer; MERS is like that. The virus is thought to be a zoo-nose, transmitted among bats or perhaps pangolins, which crossed directly to humans because people in Wuhan eat those meats.

Guess what? The climate emergency is going to set bats, pangolins and many other animals in motion, fleeing as their food dies out in mass extinctions, and their habitats heat up, or dry out, or burn down or are flooded. The resultant mass migration of animals will put them in direct contact with human populations, hugely expanding the chance that pathogens will leap from them to humans. Further, the negative impact of global heating on livestock raising could push people in some parts of the world toward eating more bushmeat, raising the chances of cross-species infection.

Worse, a heated-up earth of the sort we are creating for our children and grandchildren will have loads of thriving pandemic diseases, helped on by the expansion of the tropics. Renee Cho at Columbia University's Earth Institute observed,

"Malaria killed 627,000 in 2012 alone. According to the Intergovernmental Panel on Climate Change (IPCC), climate change will be associated with longer transmission seasons for malaria in some regions of Africa and an extension of the disease's geographic range."

Then there is cholera, dengue fever, the hantavirus, the West Nile virus, etc., etc.

If we go on heating the earth so radically and rapidly, pandemics could become a way of life. For one thing, in those areas like the US Southwest that will be made dryer by the climate crisis, people's mucus membranes will be dryer and so won't be able to keep the moisture needed to expel bacteria and viruses.

The tragedy is that we already have the solution. It is cheaper to build and run new wind and solar farms than just to try to go on operating a coal plant. Loads of electric vehicles are coming online with respectable range and at an increasingly affordable price. We don't have to put ourselves and the next generations through hell. It is a matter of political will.

Related Topic(s): China; Climate; Fossil Fuel; Fossil-fuel Industry; Health, Add Tags
Add to My Group(s)
Go To Commenting
The views expressed herein are the sole responsibility of the author and do not necessarily reflect those of this website or its editors.