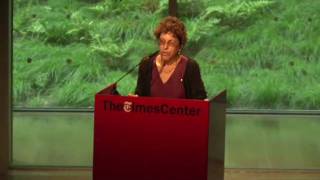 Duluth, Minnesota (OpEdNews) July 24, 2017: In the Sunday Review section of the New York Times, Susan Chira, the feminist editor on gender issues, has a lengthy article on "Why Women Aren't C.E.O.s" (dated July 23, 2017). I don't know if she wrote the title of her article. But the title makes it sound like the article like the article is more definitive than it actually is. My remedy would have been to title the article "Why Aren't More Women C.E.O.s?"

To address this question, Susan Chira interviewed "nearly two dozen chief executives, would-be chief executives, headhunters, business school deans and human resource professionals." She does not tell us how many of the people she interviewed were men, but it is safe to assume that they were not all women.

Susan Chira says "Our interviews were long and sometimes wrenching. . . . These women were high achievers, accustomed to knocking down barriers, not running up against them. There's seldom one reason someone else wins out, making the dissection of any outcome all the more painful and perplexing."

Susan Chira also notes some women drop out of full-time work within a decade. "The reasons range from family conflicts to placing less inherent value on position or money."

Susan Chira sums up what the people she interviewed had so say:

"What they say: Women are often seen as dependable, less often as visionary. Women tend to be less comfortable with self-promotion [than men are?] -- and more likely to be criticized when they do grab the spotlight [than men are when they grab the spotlight?]. Men remain threatened by assertive women [but don't men also remain threatened by assertive men?]. Most women are not socialized to be unapologetically competitive [but are most men socialized to be unapologetically competitive?]. Some women get discouraged and drop out along the way [but don't some men also get discouraged and drop out of the competition to be the C.E.O.?]. And many [women] are disproportionately penalized for stumbles [along the way, presumably in contrast to their male peers, who may not be penalized as disproportionately because of their bonding through "male camaraderie"]."

As my comments in brackets indicate, I have certain reservations about what the people Susan Chira said. But before I proceed to discuss her article further, I should first explain where I am coming from.

My favorite scholar in the American Jesuit polymath Walter J. Ong (1912-2003; Ph.D. in English, Harvard University, 1955). He has written extensively about male behavior, most notably in his book Fighting for Life: Contest, Sexuality, and Consciousness (Cornell University Press, 1981), the published version of Ong's 1979 Messenger Lectures at Cornell University.

Ong's 1981 book strikes me as his attempt to explain typical male contesting behavior to feminists such as Susan Chira. But I seriously doubt that Susan Chira or any of the people she interviewed for her article ever read Ong's 1981 book.

In the book The Duality of Human Existence: An Essay on Psychology and Religion (Rand-McNally, 1966), David Bakan in psychology at the University of Chicago works with the terms agency and communion to describe the duality of human existence.

Vicki S. Helgeson in psychology at Carnegie-Mellon University uses Bakan's terms in her own research projects, which she sums up in her 700-page textbook The Psychology of Gender, 5th ed. (Pearson/ Prentice Hall, 2016).

By definition, the optimal development of both agency and communion involves psychological androgyny. However, as both Bakan and Helgeson insist, a person can over-develop either agency or communion, perhaps to the serious under-development of the other tendency.

Related Topic(s): Competitiveness; Misogyny; Women; Women Discrimination, Add Tags
Add to My Group(s)
Go To Commenting
The views expressed herein are the sole responsibility of the author and do not necessarily reflect those of this website or its editors.