Cross-posted from The Guardian
The extremist prosecution of Manning, accused of "aiding and abetting al-Qaida," poses a real threat to US press freedom 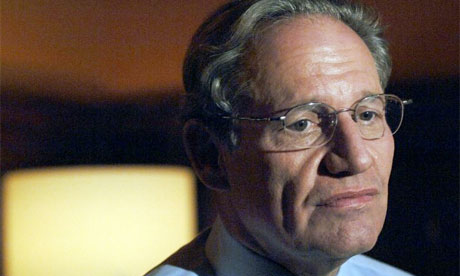 There are numerous travesties defining the ongoing prosecution of accused whistleblower Bradley Manning, but none more dangerous than the accusation that by leaking classified information, he "aided and abetted the enemy" (al-Qaida) -- a capital offense. Not even the government claims he intended to help al-Qaida. The theory is that, even though it was not his intent, the information Manning disclosed may end up being of value to the terrorist organization: a claim that applies to virtually every leak of classified information to any media organization, thus transforming standard whistle-blowing into the equivalent of treason.

In late September, I wrote about documents obtained from the Air Force relating to an investigation of a systems analyst suspected of communicating with WikiLeaks and Julian Assange. The documents listed the suspected crime as "Communicating With the Enemy" under Article 104 of the Uniform Code of Military Justice -- almost certainly the same theory the government is employing in an attempt to put Bradley Manning in prison for life. I wrote then about why this theory poses such a towering threat to investigative journalism:

"It seems clear that the US military now deems any leaks of classified information to constitute the capital offense of 'aiding the enemy' or 'communicating with the enemy' even if no information is passed directly to the 'enemy' and there is no intent to aid or communicate with them. Merely informing the public about classified government activities now constitutes this capital crime because it 'indirectly' informs the enemy.

"The implications of this theory are as obvious as they are disturbing. If someone can be charged with 'aiding' or 'communicating with the enemy' by virtue of leaking to WikiLeaks, then why wouldn't that same crime be committed by someone leaking classified information to any outlet: the New York Times, the Guardian, ABC News or anyone else? In other words, does this theory not inevitably and necessarily make all leaking of all classified information -- whether to WikiLeaks or any media outlet -- a capital offense: treason or a related crime?"

At Manning's hearing yesterday, the presiding military judge posed exactly this question to the prosecutor, and, as the New York Times itself noted this morning, the judge received the only answer that makes sense:

"Colonel Lind, the judge, asked a prosecutor a hypothetical question: If Private Manning had given the documents to The New York Times rather than to WikiLeaks, would he face the same charges?

"The New York Times and other mainstream publications published hundreds of the documents Private Manning is accused of leaking. The Justice Department is carrying out an investigation of WikiLeaks to determine whether Mr. Assange or his associates can be charged with a crime.

"Media advocates say such a prosecution would be a dangerous precedent for news organizations like The Times that frequently obtain and publish information the government considers classified."

In other words, the theory being used to prosecute Manning would convert almost every government source for newspapers into a traitor. Given that, it's extraordinary how relatively little interest, let alone opposition, large media outlets have expressed about this prosecution.

Indeed, the New York Times -- despite massively benefiting from the leaks that allegedly came from Manning -- had to be shamed by independent bloggers present in the courtroom and its own Public Editor into finally sending a reporter to cover the proceedings (the Guardian, by contrast, has sent a reporter, Ed Pilkington, to cover most of the hearings). The fact that the Obama DOJ is prosecuting one of the NYT's alleged sources -- and threatening to imprison one of that paper's most accomplished investigative journalists, James Risen -- makes clear that this threat to journalism is far more real than theoretical. As the New Republic's Eliza Gray wrote in criticizing the NYT for failing to cover the Manning proceedings:

"[I]f the government pursues the most egregious charge against [Manning] and he is sent to prison for life, his case will go a long way to silencing federal whistleblowers of all stripes, without which, newspapers like the New York Times would suddenly see their source of so much Pulitzer-prize worthy material dry up. For journalists, readers, and lovers of democracy, that's a scary thought."

In order to demonstrate that Manning's leaks aided al-Qaida, the government yesterday said, for the first time, that it intends to introduce "evidence that Osama bin Laden requested and received from a Qaeda member some of the State Department cables and military reports that Private Manning is accused of passing to WikiLeaks." Bin Laden and other al-Qaida members almost certainly had an interest in reading the vast majority of national security leaks over the last decade published by the New York Times, the Washington Post and other media outlets. The very notion that their mere interest in leaks proves the "aiding and abetting" charge demonstrates just how menacing this theory is.

But let's apply the government's theory in the Manning case to one of the most revered journalists in Washington: Bob Woodward, who has become one of America's richest reporters, if not the richest, by obtaining and publishing classified information far more sensitive than anything WikiLeaks has ever published. For that reason, one of Woodward's most enthusiastic readers was Osama bin Laden, as this 2011 report from AFP demonstrates:

"Al-Qaeda has released a video marking the anniversary of 9/11 which includes a message from its slain leader Osama bin Laden to the American people . . . He recommended that Americans read the book 'Obama's War' by Bob Woodward which details wrangles over US military decision-making."

If bin Laden's interest in the WikiLeaks cables proves that Manning aided al-Qaida, why isn't bin Laden's enthusaism for Woodward's book prove that Woodwood's leakers -- and Woodward himself -- are guilty of the same capital offense? This question is even more compelling given that Woodward has repeatedly published some of the nation's most sensitive secrets, including information designated "Top Secret" -- unlike WikiLeaks and Manning, which never did.

Related Topic(s): Bradley Manning; Military; Whistleblowers-ing; Wikileaks, Add Tags
Add to My Group(s)
Go To Commenting
The views expressed herein are the sole responsibility of the author and do not necessarily reflect those of this website or its editors.