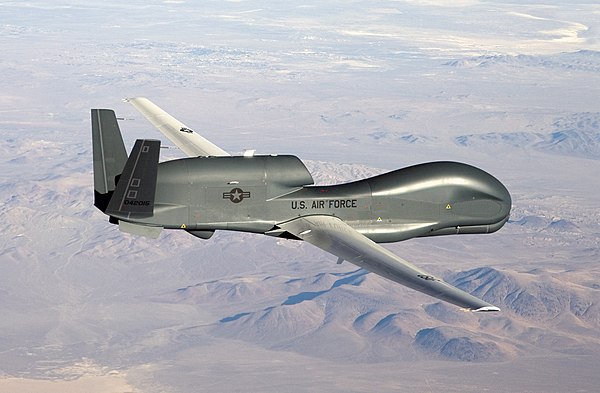 The conflict between Iran and the UK dates back over 200 years ago when the British arrived to take Iranian oil for almost free. The oil grab lasted nearly 100 years, mostly to operate their empire. Iran's conflict with the US goes back to the late 1940s, also for similar reasons.

In recent years, the UK and US have been dictating which country can have a nuclear bomb. Given their historical past of taking advantage of weaker countries, many nations with resources are acquiring nuclear weapons capability as a deterrent. Those countries the UK and USA perceive as enemies are not allowed to get a nuclear bomb, while those which are considered friendly can and are provided assistance. UK/US have helped several countries in West Asia (wrongly known as the Middle East) to develop nuclear capabilities.

UK/US have vehemently blocked some nations from acquiring a nuclear bomb by any means they can, for example, by assassinating their nuclear scientists. It seems North Korea, Iran, Iraq, Syria and Libya cannot have the bomb, but it is all right for Pakistan, India and Israel to have it. Most such conflicts of preference are hypocritical as their aim is to appease the concerns of UAE, Israel and Saudi Arabia.

Major General Smedley Darlington Butler (1881-1940) of the US Marine Corps wrote a book about it: War is a Racket. In a 1933 speech, which he later incorporated into the book, Butler said: "War is just a racket. A racket is best described, I believe, as something that is not what it seems to the majority of people. Only a small inside group knows what it is about. It is conducted for the benefit of the very few at the expense of the masses."

The major reason why weaker countries have tried to have nuclear technology is similar to that of China. British ships used to raid China and plunder its natural resources. However, after China successfully tested its first atomic bomb in 1964, British ships have made only friendly visits to the country.

The day when smaller countries will have the capacity to fire missiles, including nuclear armed ones, at their enemies is on the horizon. North Korea is a good example of such countries with no or limited other options with which to defend themselves. It is necessary to add though there will be no real winners in a nuclear war.

North Korea has the Bomb; Pakistan has the Bomb; India has the Bomb. Is the world that much more in danger if Iran gets the Bomb? In the West, there is little concern over issuing threats of genocide to Iran ("Iran will be obliterated"), waging asymmetrical warfare and causing disruptions to the world economy. Are there people who think the Straits of Hormuz cannot be closed? The devotees of war are immune to rational thought.

In 1980, Iraq attacked Iran with the help of many countries, especially those in the West, and with Arab financing. Although the war lasted almost eight years, Iranians did not surrender. Iran is a large country, nearly three times the size of Iraq and Vietnam.

The US-backed Israeli strikes on suspected nuclear facilities in Iraq and Syria, and the relentless pressure exerted on Libya to prevent it from acquiring nuclear capabilities, happened when reactors were still being built and not functional yet. Iran's civilian nuclear reactor has been functioning since the late 1960s and it is active to date. Any air strike on it would destabilize the reactor and may trigger a meltdown. It would poison the air and water over a radius of hundreds of miles, causing widespread destruction in numerous West Asian countries, including many hosting UK/US military bases.

One of my questions is: Is this a UK/US war or is it an Israel/Saudi Arabia war using UK/US military personnel and resources? Let us not overlook the potential roles of Russia and China, or even of India and Pakistan, in any conflict in the region which can escalate the consequences way beyond the region.

There are many questions to think about before a war starts. What would a spy drone be spying upon over international waters? The true intention of the US drone downed by Iran a few days ago can only be guessed at. Iran quickly recovered the debris of the drone and they looked very dry, suggesting the spy drone fell on Iranian land. This may have been an action to test Iran's military response time by violating its airspace off its coast.

On July 3, 1988, Iran Air Flight 655, a scheduled passenger flight from Tehran to Dubai via Bandar Abbas, was shot down by an SM-2MR surface-to-air missile fired from USS Vincennes, a guided missile cruiser of the US Navy. Almost 400 civilians were killed. Yet, Iran did not launch a war on the US. Now UK/US want to attack Iran for downing an unmanned spy drone? Seriously?

The neocons fund and, therefore, control many Western media networks. When Iran shot down the drone on Thursday, June 20, 2019 around 4 am, it said there was an airplane carrying about 30 people accompanying the drone. Iran said it did not target the airplane carrying Americans. It warned them and shot down only the unmanned drone. This was reported the same day by Iranian officials. The Western media did not mention this until late on Saturday, June 22, 2019. US planes were in Iran's air space. If it had wanted to, Iran could have shot down both, but it did not.

UK/US are provoking a war in West Asia. When will this madness stop?

If the UK/US treated Iran with a tenth of the tolerance they pamper Saudi Arabia and Israel with, they will get better results. Try to lift the illegal sanctions which have brought nothing but suffering to millions of Iranians and refugees who escaped to Iran from UK/USA/Saudi Arabia's bombings of neighboring countries.

Related Topic(s): Bombing; China; Drone; Iran; Iraq; Israel; Korea; Navy; Oil; Sanctions; (more...) Spying; Syria, Add Tags  (less...)
Add to My Group(s)
Go To Commenting
The views expressed herein are the sole responsibility of the author and do not necessarily reflect those of this website or its editors.