Progressives and Democrats not working with Republicans is not why Trumpcare effort failed, explains independent senator from Vermont 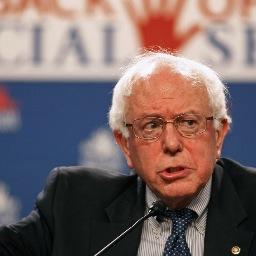 commondreams.org is a progressive publisher
Related Topic(s): Bernie Sanders; Democrats; Healthcare; Medicare; Republican, Add Tags
Add to My Group(s)
Go To Commenting
The views expressed herein are the sole responsibility of the author and do not necessarily reflect those of this website or its editors.