Have you noticed how many times Donald and the mainstream media have reported, that Trump "wished he had picked someone other than Jeff Sessions for attorney general?" 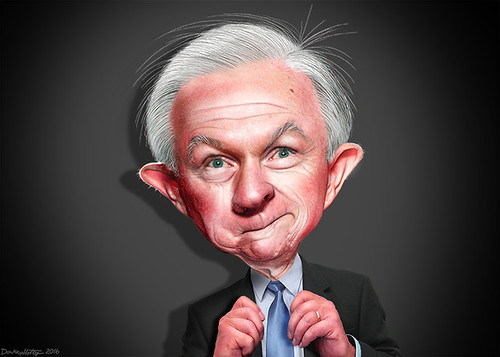 Is it possible that no one in the media has read Fire and Fury?

You will be surprised at who was to blame for Trump not appointing Rudy Giuliani, the only attorney general who would have shut down the Mueller investigation.

Giuliani wanted to be the secretary of state, and Trump had in so many words offered him the job. The resistance to Giuliani from the Trump circle derived from the same reason Trump was inclined to give him the job--Giuliani had Trump's ear and wouldn't let go. The staff whispered about his health and stability. Even his full-on pussygate defense now started to seem like a liability. He was offered attorney general, Department of Homeland Security, and director of national intelligence, but he turned them all down, continuing to hold out for State. Or, in what staffers took to be the ultimate presumption, or grand triangulation, the Supreme Court. Since Trump could not put someone openly pro-choice on the court without both sundering his base and risking defeat of his nominee, then, of course, he'd have to give Giuliani State. When this strategy failed--Rex Tillerson got the secretary of state job--that should have been the end of it, but Trump kept returning to the idea of putting Giuliani on the court.

Following the "60 Minutes" interview with Stormy Daniels, the adult film star, the lie detector test for a celebrity magazine was released. The test concluded that she was telling the truth about having unprotected sex with Trump.

Former Playboy model Karen McDougal has revealed the details surrounding her alleged affair with President Donald Trump, including how they never used condoms and that he once offered her money for sex.

No fewer than 16 women have come forward to report being sexually harassed or assaulted by the president.

What are the odds that having unprotected sex for years won't result in an STD?

The office of Trump's longtime physician was raided on May 1 and all of Trump's medical files were removed. Dr. Bornstein told The New York Times that Mr. Trump took a drug to promote hair growth.

I am wrong. Trump isn't going to resign or be impeached, he is going to the hospital. If he wasn't such a deplorable human being I might actually feel sorry for him.

The Last 48 hours of the Trump scandal-ridden administration: Ill-advised conversations that could help build an obstruction of justice case against President Donald Trump. A secret meeting to establish a back channel between the US and Russia. A restraining order against a former porn star meant to keep her quiet about her alleged affair with Trump, the Eagles don't land and Bolton intentionally blew up the North Korea talks. And then there is Puerto Rico, children in cages, Scott Pruitt tried to use his office as leverage to get his wife a Chick-fil-A franchise, and finally a man wanted on warrant on a charge of attempted first-degree murder was taken into custody when he reported for work at the White House.

And then there is the empty White house: "Since the President relied on many of his connections in the private sector and was reluctant to hire those who opposed him during the campaign, the absence of prior White House experience among the ranks of the senior staff was glaring. In addition, the insurgent-like features of the Trump campaign and the relatively small campaign staff limited the pool of experienced applicants. While it created new opportunities for many individuals who had not previously worked in the White House, such inexperience may have led to poor performance and a slew of first-year departures."

Related Topic(s): Giuliani Rudy, Add Tags
Add to My Group(s)
Go To Commenting
The views expressed herein are the sole responsibility of the author and do not necessarily reflect those of this website or its editors.