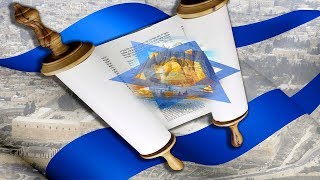 The Nation-State Law and the Jewish Problem.
(Image by YouTube, Channel: The Temple Institute)   Details   DMCA

YEARS AGO I had a friendly discussion with Ariel Sharon.

He responded heatedly: "I am first of all a Jew, and only after that an Israeli!"

That may look like an abstract debate. But in reality, this is the question that lies at the heart of all our basic problems. It is the core of the crisis which is now rending Israel apart.

THE IMMEDIATE cause of this crisis is the law that was adopted in great haste last week by the rightist Knesset majority. It is entitled "Basic Law: Israel the Nation State of the Jewish People."

This is a constitutional law. When Israel was founded during the war of 1948, it did not adopt a constitution. There was a problem with the Orthodox religious community, which made an agreed formula impossible. Instead David Ben-Gurion read out a "Declaration of Independence," which announced that "we are founding the Jewish State, namely the State of Israel."

The declaration did not become law. The Supreme Court adopted its principles without a legal basis. The new document, however, is a binding law.

So what is new about the new law, which at a first glance looks like a copy of the declaration? It contains two important omissions: the declaration spoke of a "Jewish and Democratic" state, and promised full equality between all its citizens, without regard to religion, ethnicity or sex.

All this has disappeared. No democracy. No equality. A state of the Jews, for the Jews, by the Jews.

THE FIRST to cry out were the Druze.

The Druze are a small and close-knit minority. They send their sons to serve in the Israeli army and police and consider themselves "blood brothers." Suddenly they have been robbed of all their legal rights and sense of belonging.

Are they Arabs or not? Muslims or not? That depends on who is speaking, where, and what for. They threaten to demonstrate, to leave the army and generally rebel. Binyamin Netanyahu tries to bribe them, but they are a proud community.

However, the Druze are not the main point. The new law completely ignores the 1.8 million Arabs who are Israeli citizens, including the Bedouin and Christians. (No one even thinks about the hundreds of thousands of European Christians, who immigrated with their Jewish spouses and other relatives, mainly from Russia.)

The Arabic language with all its splendor, which until now was one of the two official languages, was demoted to a mere "special status," whatever that means.

Related Topic(s): Arab; Ethnicity; Israel; Religion; Rights, Add Tags
Add to My Group(s)
Go To Commenting
The views expressed herein are the sole responsibility of the author and do not necessarily reflect those of this website or its editors.