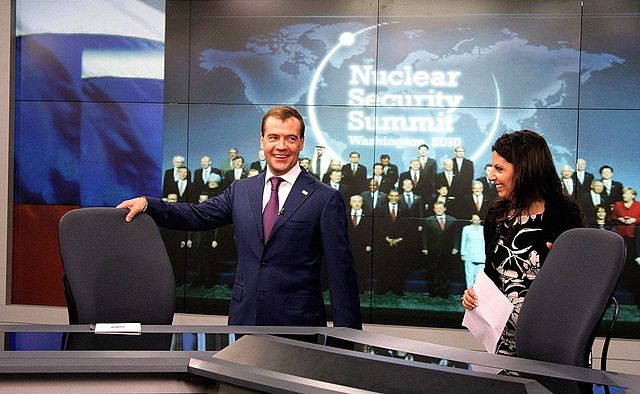 Someone should take US Director of National Intelligence James Clapper aside for a talk. He desperately needs to be told that when you're deep in a hole, the first step toward getting out is to stop digging.

Clapper's been in such a hole since 2013, when he got caught lying to Congress about the National Security Agency's surveillance of and data collection on Americans. Oops.

On January 6, he fired up a backhoe and dug himself six feet deeper when his office issue a report on alleged Russian hacking in relation to the 2016 US presidential election.

Like previous such reports, this one -- "Assessing Russian Activities and Intentions in Recent US Elections" -- offers no actual evidence of Russian state cyber warfare on America's election systems or political parties. If any such evidence exists, it remains a state secret. Most of us have hopefully learned by now that when the US intelligence community says "trust us," that's the very last thing we should do.

In lieu of the missing evidence, the report offers definitions of foreign propaganda that should chill any any freedom-loving American to the bone.

A few excerpts from the report's criticisms of RT:

"RT ran numerous reports on alleged US election fraud and voting machine vulnerabilities, contending that US election results cannot be trusted and do not reflect the popular will."

Oddly, this seems to be precisely what American mainstream media have been telling us for the last two months ... and blaming the Russians for!

"In an effort to highlight the alleged 'lack of democracy' in the United States, RT broadcast, hosted, and advertised third party candidate debates and ran reporting supportive of the political agenda of these candidates. The RT hosts asserted that the US two-party system does not represent the views of at least one-third of the population and is a 'sham.'"

So Russia Today does what American media mostly refuse to do: It allows third party candidates to be part of the public discussion. And this is a bad thing exactly how?

"RT's reports often characterize the United States as a 'surveillance state' and allege widespread infringements of civil liberties, police brutality, and drone use ..."

Does anyone seriously doubt that characterization or those allegations?

Related Topic(s): Director Of Natl Intelligence; James-r-clapper; Russia Today, Add Tags
Add to My Group(s)
Go To Commenting
The views expressed herein are the sole responsibility of the author and do not necessarily reflect those of this website or its editors.