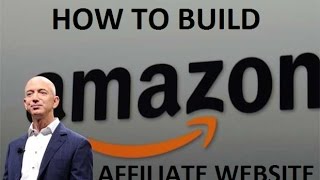 The hustlers claim that job incentives are a sound investment of our tax dollars, because those new jobs create new taxpayers, meaning investments soon pay for themselves. Hmmm ... not quite. In fact, not even close.

Last year, Good Jobs First tracked the 386 incentive deals since 1976 that gave at least $50 million to a corporation, and then it tallied the number of jobs created. The average cost per job was $658,427. Each! That's likely far more than cities and states can recover through sales, property, income and all other taxes those jobholders would pay in their lifetimes. Worse, the rise of megadeals in the past 10 years has made the job-incentive argument mega-ridiculous:

The rosy jobs-creation claims by incentive boosters also tend to be bogus, for they don't subtract the number of jobs lost as a result of these deals.

Jeff Bezos, Amazon's founder and CEO, for example, has leaned on officials in every major metro area to subsidize its creation of a nationwide network of warehouses, data centers, and other facilities. This web forms Amazon's all-encompassing business structure, giving it the reach to achieve near monopoly power in industry after industry.

In its 2016 report "Amazon's Stranglehold," the Institute for Local Self-Reliance found that more than half of Amazon's facilities had been built with government subsidies. The "Amazon Tracker," a continuously updated web page produced by Good Jobs First, reports that since 2005, the retailer has been showered with $1.1 billion in local and state subsidies to build their private business.

Each of those taxpayer handouts (given to the world's third-largest retailer) was made in the name of local workers. And, yes, the Amazon warehouses do employ thousands, but their subsidized network enables the giant to undercut local competitors, causing devastating job losses that greatly outnumber jobs gained.

The ILSR report notes that at the end of 2015 Bezos did indeed employ 146,000 people in his U.S. operations, but -- ooops -- they calculated that his taxpayer-supported behemoth had meanwhile eliminated some 295,000 U.S. retail jobs.

Plus, there's an ugly blotch on Amazon's ballyhooed job-creation numbers: Working conditions in those sprawling, windowless warehouses are grim, and 40 percent of the employees are low-wage, temporary hires with no benefits and no job security. While warehouse wages everywhere are low, an ILSR survey documented that Amazon's average 15 percent lower than what other corporations pay.

Almost every city/state giveaway program ignores smaller and locally owned businesses (which really do create jobs), and instead tries to land brand name corporations with blockbuster deals. This emphasis -- subsidizing big outfits to come from afar to compete unfairly against local, unsubsidized firms -- is spreading an epidemic of vacant storefronts across America. It's also altering the very essence of our communities. Rather than each having its own diverse, unique commercial character, our towns are being transformed into corporatized, homogenized versions of Everywhere, USA.

Related Topic(s): Amazon; Corporate Greed; Corporate Profits; Jobs, Add Tags
Add to My Group(s)
Go To Commenting
The views expressed herein are the sole responsibility of the author and do not necessarily reflect those of this website or its editors.