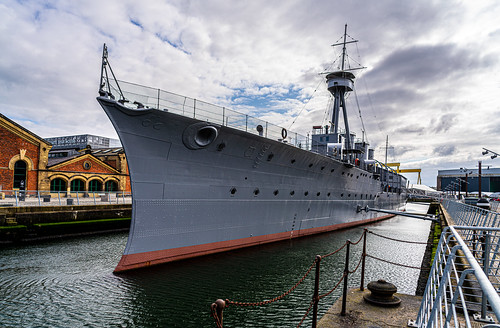 The global naval market with all its subdivisions - especially the submarines market - has been undergoing considerable changes in recent years, with technological leaps, roaring successes and deafening demises. A look-around singles out who, on the global market, is on top and who has fallen behind.

Naturally, the first country to come to mind is the United States, with their fleet so numerous one can wonder if anyone is still counting. However, they can be somewhat discarded from the global market. Their technology is a closely guarded secret and Washington limits sales - and explains the American position on the global market. America basically bars all exports, except for a few sub-systems, mainly directed at reinforcing the alliance with the United Kingdom. If the United States didn't keep out of the global market, it would be a formidable opponent.

China's awakening and Russia's coming back

On the lower end of the market, China has reduced its fleet but made it more efficient. By developing domestic low-end ship-building capacity, China aimed to start low, and then slowly worked its way up, using its large industrial capacity to saturate the market. In the emblematic case of submarines, defense specialist Robert Farley writes : "China is beginning to aggressively court the submarine export market. In the wake of successful deals with Thailand and Pakistan, China's submarine-building industry is developing new types with an eye towards breaking into the global market." Russian ships and subs also export little, and mainly limit their collaboration to China (hence the resemblance between Chinese subs with Russian Kilos, for instance). Contrary to China, it bases its export strategy on quality, more than on quantity, and with equivalent aggressiveness in exports. However, it is important to point out that, given the geopolitical setting of both these countries, any sale bears high political significance. Which leaves the European market, on par with the American one in terms of quality and output capacity. But beyond this aspect, Europe has many weak points.

Europe counts many shipyards, perhaps too many, scattered all over the Old Continent, and some of them are all but flourishing. German TKMS (ThyssenKrupp Marine Systems), to put it bluntly, has collapsed, in one of the most dramatic shipwrecks (no pun intended) of modern industrial history. Defense specialist Martin Murphy writes : "Despite all the evidence of feverish activity, ThyssenKrupp's shipbuilding division is in a mess. Sources at the company told Handelsblatt that the division suffered an operational loss in the financial year 2016-2017, and that the dire situation is unlikely to change going forward." After nearly a century of impeccable craftsmanship, the German national shipyards, run by TKMS, have been plagued with endless scandals and disasters, ranging from corruption scandals to warships so badly built and designed that even the German navy sent them back, calling them unseaworthy. TKMS is currently being held responsible for the unavailability of all 6 German submarines, the design flaws of several surface ships, and is being suspected of corruption in a submarine deal with Israel. The shipyards are rumored to be shortly divested, which is to say sold off or shut down.

But some countries expect to fill the vacuum left by Germany. The Swedish national shipyards, Kockums, have just been acquired by Saab after a bitter divorce from its former parent company ThyssenKrupp, and have yet to prove what they can actually build. If interesting segments of submarine technology (such as propulsion) are produced, they will probably be able to sell their industry to one of the market leaders for a good price. Indeed, small and inexperienced sub-builders will probably find it increasingly hard to find customers, as indicated by Sputnik, which stated "Australia, which after short negotiations made it clear that Saab would not be involved in its submarine procurement program".

Europe's current champions are Italian firm Fincantieri, for surface vessels, and French Naval Group, also for surface vessels and also submarines (included nuclear-powered ones for the French Navy). Those two private entities hold in common that they are both State-backed, receiving financing for research and development to secure technological advances. Fincantieri, which already holds market leadership, has been consolidating its position in recent years, based on the successful strategy of cross-market selling: building anything that floats, from cruise boats to military frigates, Fincantieri is able to survive the ebb and flow of each sub-market, and continuously develop. French firm Naval Group is in the midst of a successful development strategy, after the successful Brazilian campaign and the included sale of new model, the Scorpene-class. Designed as either conventional or nuclear (for France only), the bigger Shortfin Barracuda class was also recently sold to Australia. Despite their solid performance, the two companies have recently decided to join their forces to further gain international competitiveness.

The million-dollar question is, who will be left in 10 years on the European market? Europe is the last stronghold for top quality yet accessible ships. However, the European market suffers from fragmentation and lack of continental leadership, which exposes industrial assets to uncertainty and price attacks. In all likelihood TKMS will have been dismantled or sold by its parent company. Small challengers, active in ship-building today may have talent, but are probably showing up too late, especially to tackle programs as complex as subs. Submarine warfare has acquired such crucial strategic importance that future customers will logically reduce the risk by choosing tried and battle-hardened producers. A naval market aggregation is therefore likely to occur around the few companies mastering the essential art of submarine manufacturing. Doing so, Europe would hopefully retain a strong hand on the global naval market.

Business Strategy Advisor / Sales expert Specialties: Business development, Public Sector, Program/project Management, Customer relationship management
Related Topic(s): Global Arms Race, Add Tags
Add to My Group(s)
Go To Commenting
The views expressed herein are the sole responsibility of the author and do not necessarily reflect those of this website or its editors.

Truth-tellers or misanthropes: should we call time on short selling?

Who is still up'n'running on the global naval market? By state and by firm, the lay of the land.