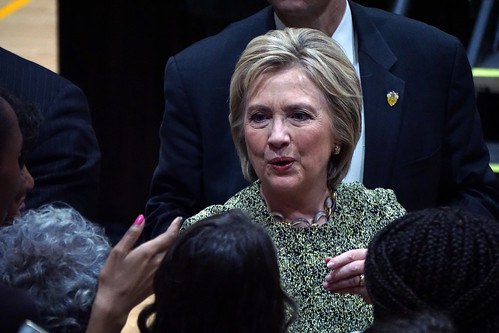 Then the Monica Lewinsky thing happened. Me and my carpenter buddies, I was building houses at that time, had a great time at his expense. What kind of a guy was this guy? Then, I remember positing that it could possibly have been the stresses of the job getting to him? That was met with a tremendous amount of guffawing and interesting profanity. Did all Presidents do this? You know I don't know and I really don't care. The problem was that he got caught.

The bottom line is that he didn't tell the truth. I have no problem understanding why he didn't tell the truth. As a fellow human being I understand. But, he as a fellow human being that happened to be President -- it became creepy and disturbing. All of a sudden President Bill Clinton was soiled and not trustworthy. All of a sudden all the garbage that Rush Limbaugh was spewing became questionable as "garbage."

Hillary Clinton has not been able to walk from under the cloud that Rush precipitated and Bill, unfortunately, validated. Her favorability ratings are poor. She is accused of being a crook and a warmonger. Her husband is without a doubt a neo-Liberal. What is she?

Most of what you read here at OpEDNEWS purports her to be dishonest, a crook, a warmonger, a neo-Neocon. What is the truth? Someone with the chops, and the willingness to back up what they report with facts, needs to write an extensive piece about Hillary. Not a personal attack, but an intelligent, impartial, discovery of who this is that is running for President.

Someone or someones need to be either the parallel, corroborating or naysaying narrator of the video about her life that was shown at the Democratic Convention.

The country is at a tremendous disadvantage right now -- we know exactly who and what Donald Trump is, but we really don't know who Hillary is.

Because of the way this is going down it is not too late for an Independent candidate to run if both Trump and Hillary are not, as the Marines say, The Best That We Can Be.


We deserve someone that actually represents what this place, very vocally, says it's all about. At this juncture we do need someone exceptional. AND, maybe it is Hillary -- let's find out.

Related Topic(s): 2016 Presidential Election; Bill Clinton; Hillary Clinton, Add Tags
Add to My Group(s)
Go To Commenting
The views expressed herein are the sole responsibility of the author and do not necessarily reflect those of this website or its editors.