The Trump administration has suspended a U.S. Army Corps of Engineers project to improve an existing barrier to the entry of Asiatic carp from the Mississippi Valley watershed to the Great Lakes system. This suggests it is possible history will remember Trump as the president "who let the carp in" to ruin the Great Lakes, hitherto something that has made America great as well. 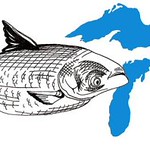 Of course the action is short-sighted. That's a businessman's nature. It's one of the many reasons voters should not elect businessmen who want to run the country like a business. The people's business is not just another business.

Both these propositions, so far merely asserted, really ought to be proven by argument. For now, I'll just try to show how they're connected to a single principle: the public good.

I won't start by defining the concept right now except by extension, that is, by giving examples. It's beyond dispute, isn't it, that the waters and the airs don't belong to anybody. That is, they cannot become private property any more than the animals of the woods or the fish of the lakes and streams. Of course, hunters and fishermen appropriate these creatures and reduce them to private property, according to regulations lawfully established. But until then they belong to no one private person, but rather to the whole public as a public good.

It's metaphorical to say they belong to God, Mother Earth, or the Great Spirit, and moreover unnecessary to the argument. The governments of every state treat wild creatures as a natural resource of the people as a whole -- except when politics obtrudes. I could give examples of this phenomenon local to Wisconsin but there's no need to digress.

Just so, even though the waters and the airs are even more clearly a public good, a human good, when private enterprise wants to appropriate them to private uses, politics may obtrude.

Consider again the Asiatic carp. They live and breed in the waters of the Illinois River, which are connected to those of the Great Lakes by the Chicago Ship and Sanitary Canal which through which the Chicago River is diverted out of the Great Lakes basin. The river "flows backwards," and has since the beginning of the 20 th century. I won't try to prove the proposition that the carp will ruin the Great Lakes if they find a way in through these corridors. I'll just say that people everywhere have seen or heard of the damage that invasive species of plants or animals can do. So I'll assume, again in order to avoid digression, that the claims scientists make on this point are valid.

Now: why suspend a project designed to minimize this risk? Well, the project would inconvenience the barge traffic in the ship canal. More precisely, it would add to the regulatory burden on this private use of the public waters of the canal and river. No need to explain how; it's enough to know the purveyors of this service oppose the project in question.

The technology of barges and canals is not new. The latest "revolution" it went through, I suppose, was the 19 th century steam engine. Why, contrary to the public good, should government accommodate an industry like this? Twenty-first century technology created intermodal transportation, from ship to railcar to truck and the reverse. Is it too much to ask the barge industry to participate? It would cost a lot to replace the connection between the Great Lakes and the Mississippi by an intermodal facility. A lot of capital that a mature industry working on slim margins can neither accumulate nor borrow.

That's just another way of saying that the antiquated barge industry only serves commercial needs that are equally old -- but, to be fair, still exist.

So rather than impose a burden on the way a narrow private interest uses the public waters, the Trump administration would put the interests of every user of the Great Lakes, drinker of their waters, and dweller on their shores at risk. I won't even put the private interests of commercial fishermen, sport fishing charters, etc. into the scales.

What's difficult about the public's interest in this public good is measuring it. It's the sum of many millions of more or less marginal interests of individual citizens. It's also complicated by questions about the probabilities that those interests will be affected at all, or in what degree.

Advocates for the Great Lakes sometimes try to qualify those interests and put a dollar figure on them. Then they can compare them to the costs the barge industry, etc., will more predictably incur.

This tactic is a mistake. Progressives must insist on the principle that public goods of this kind are not commensurable with private goods. Certainly not in dollars. Further that such public goods enjoy a presumption of validity that can only be overcome by a showing that private use of them creates yet other compensating public goods.

How this principle of public good is also a progressive principle remains to be demonstrated. Until then, I'll return to my other proposition about public goods. It's that government in general and public servants in particular are, or should be, best suited to make accommodations between public and private goods, and especially between competing public goods. This is not a businesslike process. It requires consultation with all such interests, and consensus and compromise in the result. That's not how businessmen like to operate.

Related Topic(s): Great Lakes; Trump Executive Order; Water Quality, Add Tags
Add to My Group(s)
Go To Commenting
The views expressed herein are the sole responsibility of the author and do not necessarily reflect those of this website or its editors.

Who Let the Carp in?