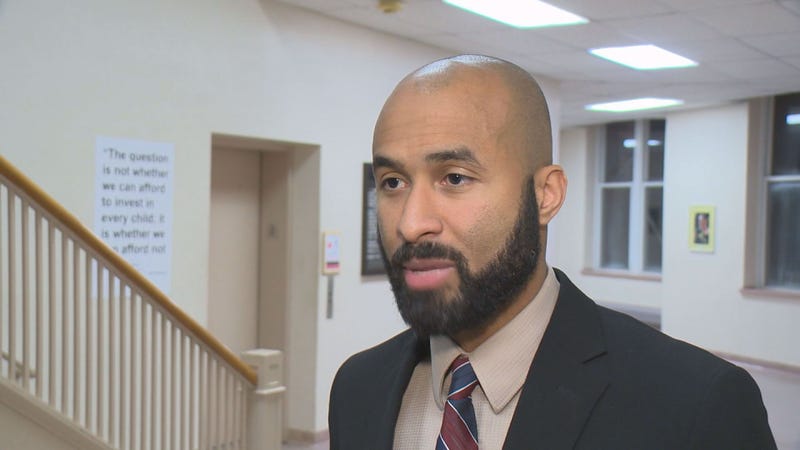 Image was a defining trait of the 2020 Democratic primaries, which bred the largest and most diverse field of candidates in their history. The race included the first major openly gay competitor in the party's primary process, Pete Buttigieg. Even though his entry alone was an historic marker on presidential politics, Buttigieg earned relatively little support from LGBTQ+ voters, placing fifth among this demographic in exit polling. His lack of popularity amongst his own community confirmed that while politicians may share space within a minority group, more space will not immediately open up for them as they begin their bids for higher office. Policy, the polling shows, matters just as much if not more than identity.

Yet the outcome of the primaries was not what many progressive voters had wanted and they have expressed disappointment with nominee Joe Biden, whose positions and record of public service contradict their stated goals. As they commonly cite, Biden authored the 1994 Omnibus Crime Bill, which critics view as widely responsible for mass incarceration and racial disparities in the penal system, and he adamantly opposes single-payer healthcare. While most of these voters, including those queer and trans, prefer Biden in the general election, one of several 2020 hopefuls wants to capitalize on remaining discontent: independent Dario Hunter.

Hunter - a gay former school board member from Youngstown, Ohio who has worked as a rabbi and an environmental attorney - not only represents multiple groups undervalued in politics but has put forth proposals that reflect their ambitions as well. He started his campaign in the Green Party in February 2019 before running independently. However, his activism predates the current election cycle.

From 2016 until 2020, Hunter served as a publicly elected member of the Youngstown Board of Education, first as a Democrat before switching to the Greens in 2018. While Hunter faced criticism during his tenure for his ties to a local charter school, he noted in a phone interview that he fought the inclusion of creationism in the curriculum, opposed the state takeover of the schools, and replied to questions and complaints from his constituents. In his words, he would "connect with the citizens."

His outspokenness in his local activities motivated his run for President, for he recognized that these and other issues exist on a national scale and that speaking out against them is a necessity.

As he put it, "It's a very momentous time for our country."

Hunter is certainly aware of the significance of being a contender for President. There is no one else like him in the race. But he is not interested in symbolism. Instead, his positions will characterize his run. And his background is an influence on them.

Elaborating on this, he declared, "As a Black, openly gay, son of an immigrant, Jew, all the activism I've engaged in in those communities informs the activism that my campaign engages in."

Explaining his support for socialism, Hunter said, "This need that we have for everyone to be able to share in our national prosperity, it's to me a universal human rights issue . . . [Being] a socialist is how I can best contribute to a country that's fairer, with greater protection for equal rights for all of my fellow citizens."

Hunter's vision of socialism and belief in equal justice translate to support for labor unions; a Bill of Rights for people of color that includes defunding the police, local control over education policy, and affirmation of Indigenous sovereignty; and the suspension of aid to Israel because of its actions against Palestinians, all according to his website.

The former head of his local pride center, Hunter has brought attention to sexual and gender minorities as well. He said he is committed to "expanding LGBTQIA protections" and he condemned the Georgia chapter of the Green Party for its endorsement of an anti-trans manifesto, though he did attend the convention where the party approved of it. Hunter's defense was that he was not able to raise any objections during the voting process; his claim was still met with criticism.

Hunter's place among queer and trans people affects his other beliefs. Speaking as "an openly gay man who at one point got cut off in college when [he] came out," he reasons that "having free universal healthcare helps protect vulnerable people in this country."

"Empowerment politics" is the term Hunter uses to describe his application of ideas to people's personal struggles and he distinguishes it from "identity politics."

"On the more cynical end of politics, you may have more traditional parties use certain persons who come from certain identity groups to put a veneer of responsiveness on their not-very-responsive policies," Hunter argued. "What empowerment politics does is it takes the voices of the oppressed and it moves them to the forefront of change so that we have change as a nation that's experienced by all sectors of this country including some of its most oppressed and marginalized."

Seeking the Greens' nomination afforded Hunter the opportunity to build the alliances needed to win on this platform, comparatively easier in a party as small as this one. He was initially satisfied with where he found himself. But in his bid to turn power over to neglected communities, Hunter ultimately came up short, finishing second in the tally to longtime activist Howie Hawkins at the Green Party's presidential nominating convention in July. He does not accept that he lost fairly, though.

In a video statement posted on the day of the nominating convention, Hunter criticized the fact that Hawkins' campaign manager was a Green Party co-chair and alleged disproportionate allocation of delegates to Hawkins and promotion of Hawkins over other candidates. As Hunter admitted in his video and as party officials have shown, they did not take these charges seriously. But in a rebuke of their perceived lack of honesty and reneging on a former pledge he made, Hunter has refused to give the Greens his support.

While individual presidential candidacies within the party usually function as nationwide efforts to promote the Greens, Dario Hunter is now working against them as an independent. He is currently on the ballot in Colorado under the Progressive label he created and in Oregon with a separate party of the same name. His continuation has diminished his internal popularity and led to a dispute with the Lavender Greens, the party's LGBTQ+ caucus, over his relationship with the group. During the debate, Hunter misgendered one of the co-chairs, but he asserted that this was unintentional. Despite the controversy his choice and his words have caused, they have not derailed his plans.

Hunter has acknowledged that this will be the most difficult stage of his campaign yet. But he sees his decision to remain in the race as a matter of conviction and integrity. It is a stance against privilege within the party and in politics that he said he was combating from the start. He wants to uphold these values, in spite of his own responsibility for the recent misgendering incident, and he wanted to see his party adopt them as well. But from his perspective, the Greens did not address these issues. So Hunter will not wait around. He is determined to move forward with the message of empowerment politics he has developed, even as he leaves former allies behind. The question stands: How many can he find now?

Jack Lucas is a so-so writer, a failed director, a heavy dreamer, a little monster and as gay as ever.

Related Topic(s): 2020 Elections; Activist; Election; Green Party; Independent; LGBT; Politics; President; Race; Third Party Run, Add Tags
Add to My Group(s)
Go To Commenting
The views expressed herein are the sole responsibility of the author and do not necessarily reflect those of this website or its editors.

Who Is Dario Hunter? And Why Is He Running for President?