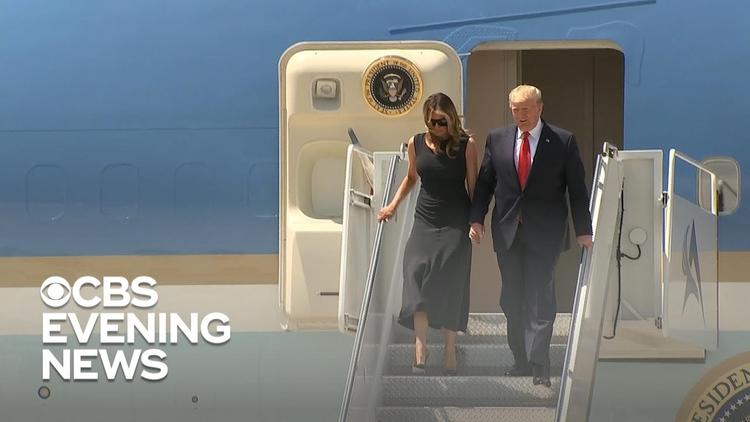 Trump's visit to El Paso on Wednesday was unwelcome to most of its residents. They understood that his anti-Latino rhetoric and talk of "infestation," "crime" and "invasion" had inspired the white terrorist who massacred them, and they are inconsolable in the grief for the 22 dead among them, as are all people with a heart.

The people of El Paso also understand something most outsiders do not. Both Trump's rhetoric and the shooter's murders target El Paso's economy in classic terrorist style.

One of the longstanding tactics of al-Qaeda and other extremists in the Middle East has been to attempt to destroy a tourist economy so as to weaken a society and a government, softening the latter up so that it could be more easily overthrown.

For instance, beginning in 1992 the al-Gama'a al-Islamiya [the Islamic Grouping] launched a campaign to destabilize Egypt, killing over the next several years some 1,000 persons, including about 60 tourists. In 1997, the al-Gama'a al-Islamiya [Islamic Grouping] methodically shot 57 tourists to death at Luxor in Upper Egypt. Luxor is the site of the Valley of the Kings and a prime tourist destination for those interested in ancient Egypt. At that time, two million tourists a year visited. In good times, tourism generates 10 percent of Egypt's gross domestic product.

The hope of the radicals was that the tourists would abruptly stop coming and the lost revenue would push the government into bankruptcy, and then the Gama'a could lead a popular uprising and overthrow the government.

ISIL's attacks on Paris in 2015 were intended to harm the Parisian and French economies. France is the world's leading tourist destination, and 85 million visitors were expected in 2015. International tourism is worth around $24 billion a year in France, and domestic tourism generates another $56 billion. Making people afraid to travel for pleasure can profoundly harm an economy. Luckily France rebounded.

Likewise, the ISIL attacks in Sri Lanka in April targeted the country's tourism industry (and did harm it).

Radicals in the Middle East and South Asia have frequently adopted this tactic.

It is the same tactic adopted by the El Paso shooter. El Paso is Texas's 6th largest city and is in the top 20% for economic performance in the United States.

The synergy between El Paso and Ciudad Juarez helps ensure the health of the economy.

That synergy is now in danger, at least for a while. Joy Diaz & Kristen Cabrera at the Texas Standard report that Mexicans may make fewer cross-border shopping trips for a while because of the fears generated by the massacre of 22 persons, almost all Mexican-Americans or Mexicans.

That's one of the things the shooter was going for.

But it is more than just El Paso. The Trump-Bannon-Miller line is to target the lives and livelihoods of the 60 million Latino-Americans across the board. Trump began this process by calling them rapists and killers. Singling out and demonizing an ethnic group is the first step toward attempting to destroy them.

People in El Paso know this, and that's why they never wanted to see Trump in their town.

Related Topic(s): Al-Qaeda; Killing; Shooter; Terrorism; Tourists; Trump Border Wall; Trump Cruelty; Trump Liar; White Nationalism; White Supremacy, Add Tags
Add to My Group(s)
Go To Commenting
The views expressed herein are the sole responsibility of the author and do not necessarily reflect those of this website or its editors.