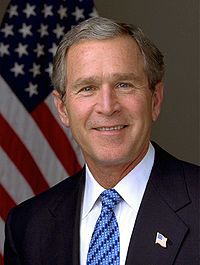 Who has been worse for whistleblowers and the public, the Bush or Obama administration? I posed that question and received different answers Sept. 18 during the first of three days of meetings by several watchdog groups in Washington, DC.

Obama has been better than Bush "because of the quality of his appointments," responded Government Accountability Project (GAP) Legal Director Tom Devine, an eloquent advocate with three decades experience.

Devine did not mention any names to the audience at the conference run by the International Whistleblowers Association. But his former colleague Mark Cohen, GAP's executive director until earlier this year, became deputy special counsel to Carolyn Lerner at the U.S. Office of Special Counsel. This is the federal agency to protect federal whistleblowers and to investigate their disclosures.

Yet OpEd News Publisher Rob Kall, another speaker, has a different view, which he reported on this site in Rough Time for Whistleblowers.

He quoted to this effect GAP Homeland Security and Human Rights Director Jesselyn Radack, a well-credentialed ethics adviser in 2001 at the Justice Department. The Bush DOJ ousted her with harsh reprisals after she reported to superiors that FBI personnel apparently violated ethics in questioning American John Walker Lindh after he was caught with the Taliban in Afghanistan.

"Obama," she told Kall, "has brought more prosecutions against whistleblowers under the Espionage Act than any previous president and all presidents combined."

Whatever the resolution of the "who's worse" debate, we in the public need to rally behind these courageous protesters against fraud, waste and civil rights violations. As part of that, we should demand from both Democrats and Republicans much more effective protections -- replacing the lip service they now provide.

Related Topic(s): Accountability; Barack Obama Speech; Bush Appointments; Bush Reasons To Prosecute; Dept Of Justice DoJ Failures; Government Accountability; Whistleblowers-ing; Whistleblowers-ing, Add Tags
Add to My Group(s)
Go To Commenting
The views expressed herein are the sole responsibility of the author and do not necessarily reflect those of this website or its editors.