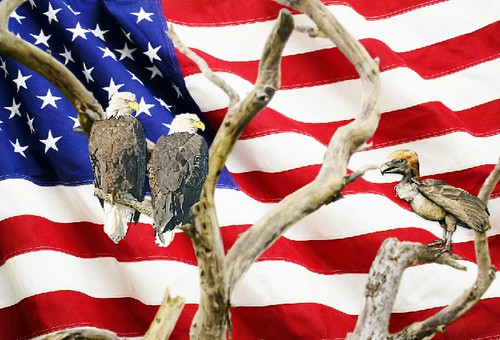 Donald Trump has called the mainstream media "the enemy." But since January 20th, the media has been Trump's best friend because they have, in the main, ignored the big stories about his disastrous presidency.

To be fair, Rachel Maddow has been superb. And the New York Times, Washington Post, and a few other print outlets have done a great job with the Trump-Russia imbroglio. Nonetheless, here are some of the big stories they've missed.

1.Trump isn't an executive. Everything we've seen since January 20th, confirms the painful truth: Trump is in way over his head. Let's consider the five basic tasks of any CEO: Vision, Resources, Culture, Decisions, and Performance. (https://www.entrepreneur.com/article/233354)

Vision: What is Trump's vision for America? We understand that he offers "Make America Great Again" as his vision, but what lies behind that? "Where's the beef?" There isn't any. Trump's budget document -- the closest we have to a plan -- tears down the Federal government and gives massive tax breaks to the rich. Trump's real vision is "Screw the 99 percent."

Resources: Another responsibility of an effective CEO is to allocate resources (money, personnel, time, and facilities) to accomplish specific objectives. Trump's budget gives resources to ICE and the national security state. The domestic agencies get the shaft. There's nothing in Trump's budget to improve the lot of the 99 percent.

Culture: A successful CEO builds a culture of competency. "A good culture makes people feel safe and respected, enabling them to perform at their best." Except for his national security advisers (Mattis and McMaster), Trump has surrounded himself with a team of bumpkins. From the White House staff through the Cabinet secretaries to all the (few) political appointees, Trump's prevailing credo has been "do they like me?" rather than "can they do the job?" or better yet, "can they make America greater?"

Decision-making: One of the defining aspects of management is making timely, effective, and responsible decisions. Trump doesn't make decisions: he dithers. And equivocates.

When he has made decisions, such as his ineffective "full-court press" to repeal Obamacare, Trump has made bad choices. And then, when his initiatives have failed, he's attempted to blame others. He's a coward.

Forget looking for responsibility within this Administration. Trump's operational model is "the buck doesn't stop here."

Performance: America's corporate CEOs ultimately get judged by a narrow standard: share price. For President, the equivalent standard is, "How's the stock market doing?" So far the stock market is up, so Wall Street thinks Trump is doing okay. Really? (According to Gallup, U.S. Economic Confidence is trending down.)

Another standard for a President is, "Has he kept us safe?" The good news is that there have not been any domestic terrorist attacks under Trump. The bad news is that since walked into the White House the whole world has been unsettled. Moreover, tourists are afraid to come here -- any non-native person-of-color is afraid to come to the US. Hmmm. That can't be good for national security. Hmmm. If the rest of the world doesn't like Trump, maybe that could have some impact on our economy.

2. Trump has no Foreign Policy: Trump wasn't elected because of his foreign-policy chops but we expected some coherence. It's not like all the Republican leaders are dummies. (Or have we got that wrong, too?)

First Trump liked Russia; now he doesn't. Initially Trump didn't like China but now apparently he does. And on and on. Trump's foreign policy seems totally random; as if it is was most influenced by what he learned from watching "Fox and Friends" while he was getting dressed.

3. Trump's Attack on Syria: The media mostly missed that Trump precipitated the heinous gas attacks because his administration announced they had take Syrian regime change off the table (click here) Next the ruler of Syria, or someone else, gassed the poor folks in Khan Sheikhun, Syria. Then Trump got pissed off, jumped to a conclusion, and bombed a Syrian airport -- with undetermined results.

Bob Burnett is a Berkeley writer. In a previous life he was one of the executive founders of Cisco Systems.
Related Topic(s): Donald Trump; Donald Trump; Donald Trump Lies; Media; Media And Democracy; Media For War; Policy; Presidency; Republican; Syria; (more...) Trump Executive Order; Trump Presidency, Add Tags  (less...)
Add to My Group(s)
Go To Commenting
The views expressed herein are the sole responsibility of the author and do not necessarily reflect those of this website or its editors.