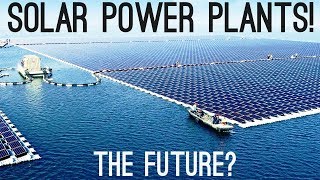 "It's nonsense that there's a beautiful free market in the power industry," Energy Secretary Rick Perry said last week as he pushed for a government bailout of coal-fired power plants.

Republicans who for years have voted against subsidies for solar and wind power -- arguing that the "free market" should decide our energy future -- are now eager to have government subsidize coal.

Trump's Environmental Protection Agency is also scrapping rules for disposing coal ash, giving coal producers another big helping hand. As if this weren't enough, a former coal lobbyist has just become Number Two at the EPA. If Scott Pruitt leaves (a growing possibility), the coal lobbyist will be in charge.

Meanwhile, Trump is imposing a 30 percent tariff on solar panels from China, thereby boosting their cost to American homeowners and utilities. The Trumpsters say this is because China is subsidizing solar.

To Trump and his merry band of climate-change deniers, boosting coal is fine. Helping solar is an unwarranted interference in the free market.

As with so much else, Trump is determined to Take America Backwards Again.

Until about a decade ago, the United States was the world leader in solar energy. Federal tax credits along with state renewable electricity standards helped fuel the boom.

China's success in solar has inspired China's new high-tech industrial policy -- a $300 billion plan to boost China's position in other cutting-edge industries, called "Made in China 2025."

Besides subsidizing these industries, China is also telling foreign (usually American) companies seeking to sell in China that they must make their gadgets in China. As a practical matter this often means American firms must disclose and share their technology with Chinese firms.

"We have a tremendous intellectual property theft situation going on," said Trump, just before upping the ante and threatening China with $100 billion of tariffs.

China's theft of intellectual property is troublesome, but the larger issue of China's industrial policy is not. The United States has an industrial policy, too. We just don't do it well -- and Trump is intent on doing it far worse.

The United States government used to incubate new technologies through the Defense Department, allocating billions of dollars to R&D that spilled over into commercial uses.

Related Topic(s): China Investment Corp; China Politics; Energy; Solar, Add Tags
Add to My Group(s)
Go To Commenting
The views expressed herein are the sole responsibility of the author and do not necessarily reflect those of this website or its editors.