Why... yes there is as a matter of fact!

This article from AsiaTimes, expresses it by the bucketfuls: 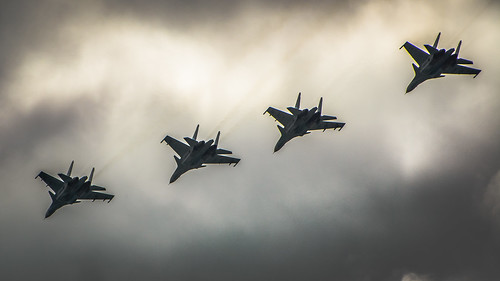 And by the way, the Russian MOD warns: "... areas covered by the drills ... be declared dangerous for navigation and flights in advance."

Oh really? You don't say? I believe that danger could extend to include US, UK, French and possibly the Turkish military hardware and humans and civilians standing nearby.

This seems a a very expensive exercise for the Russians to spend limited resources. Of course the terrorist US and its coalition forces of like-minded terrorists are so flushed with borrowed cash, that they could leave and the Russians would also have to leave and then return after the Russians have left... a cat and mouse game of over and over again. An ultimatum would have to ensue.

Related Topic(s): Dangerous; Games; Military, Add Tags
Add to My Group(s)
Go To Commenting
The views expressed herein are the sole responsibility of the author and do not necessarily reflect those of this website or its editors.