It may have been the one and only thing which prevented an attack on Iran during the Bush years. Chairman of the Judiciary Committee John Conyers spent years fending off nationwide calls to impeach George W. Bush over the invasion of Iraq, the shredding of the Constitution after 9/11, and other high crimes and misdemeanors culminating in a summer of 2008 "non-impeachment impeachment hearings," in which witnesses such as Rep. Brad Miller, Rep. Maurice Hinchey, Rep. Walter Jones, Rep. Dennis Kucinich, constitutional scholar Bruce Fein, former Rep. Elizabeth Holtzman, Vincent Bugliosi and many others came together to implore the committee to bring articles of impeachment.

At one point Conyers closed to the committee room to any further audience members, prompting calls of "shame! shame! shame!" from the packed halls of the Rayburn Building to which people had traveled from across the country, but established numerous closed-circuit television viewing rooms for the public in other parts of the Hill.

Conyers refused to impeach, but did in fact draw one hard line in the sand, saying that if Bush attacked Iran, it would guarantee impeachment proceedings. George Bush must have believed him. Now as the crazies beat the drums for war with Iran, driving Obama almost irresistibly to war, Conyers has fallen silent. As recently as January 25, Obama said no options were "off the table."

If we attack Iran, it will be an excuse to pour millions of rounds of utterly demonic - there is no other word - depleted uranium ammunition into a country which has done us no harm, which acknowledges the right of navigation in international waters but merely insists that it will not be bullied. The U.S. is determined to impose sanctions no matter what Iran says about its weapons programs, in a perfect replay of the run-up to the invasion of Iraq. Then as in Iraq, this will kill and maim entire generations of the most innocent life imaginable, that which sits and will sit in their mothers' wombs.

One of the most little-noted after effects of the invasion of Iraq is the rate of horrifying birth deformities caused the the U.S.'s use of these weapons, with rates of birth deformities now running as high as 75% in Fallujah. The Iraqi nation, for all practical purposes, is destroyed. Hospitals do not know how to care for or deal with the epidemic. A country still rife with problems like clean water and sewage systems ravaged by the war is struggling with how to care for these babies for life. The greatest evil of the Iraq war, no one ever talks about. (See: "DU-Induced Birth Deformities in Iraq" by William Shannon.)

President John F. Kennedy sat alone in the war councils during the Cuban Missile Crisis demanding to know of his generals how what they wanted, strikes on Cuba, would not culminate in World War III. Our youngest president faced hawks in politics and the military who assured him that he would be made to look like a weak appeaser if he did not give them what they wanted: war. Kennedy stood firm. When General Curtis Lemay taunted him in the war room that "you're in a pretty bad fix" Kennedy shot back: "You're in it with me." Kennedy may have been making it eminently clear that he was playing hardball, and if he were to go down, he would make sure that the generals who helped make it happen would go with him.  Kennedy added for Lemay's benefit: "Personally."

When Conyers drew his line in the sand, the system of checks and balances for once worked. He also, as a junior congressman, led the impeachment of Richard Nixon. I am no great fan of Joe Biden, but I believe he would make a perfectly fine, if unremarkable, Democratic president. The war drums are beating, and the time to speak is now or never. The parallel to the Cuban Missile Crisis is not as far-fetched as some would believe. Pakistani nukes are probably already one step from Al Qaeda thanks to the Islamist-riddled Pakistani officer corp, and an attack on Iran might force an open coup which would place the Pakistani arsenal at the disposal of revenge-minded factions. Why Iran is being demonized, a country greatly wronged by the U.S. in the past, while Pakistan, a proven threat which has been caught helping the Taliban in Afghanistan, is left alone is a mystery.

The Israeli people should be furious that their hawkish leaders are playing this dangerous game, and the world would be safest now if they drove them out of office. On NPR the other night the topic was "Is it time for an attack on Iran?" - with one guest saying "yes" and the other saying "not yet." Host Tom Ashbrook kept referring to the emails and and Facebook posts he was getting from his horrified listeners at Nice Peoples' Radio, marveling that the overwhelming sentiment was "WE WANT A DIFFERENT CONVERSATION!"

Obama has said repeatedly that he finds outside pressure healthy and useful, saying "make me do it." Now is the time to do that with respect to talk of war with Iran. Joe Biden would make a competent president.

Millions more depleted uranium rounds into another Middle Eastern country. 75% deformities in Fallujah. This great evil must not come to pass. 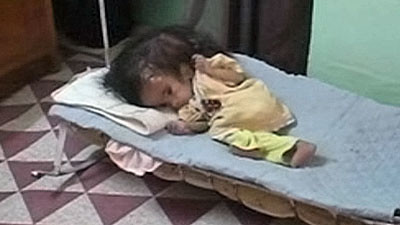 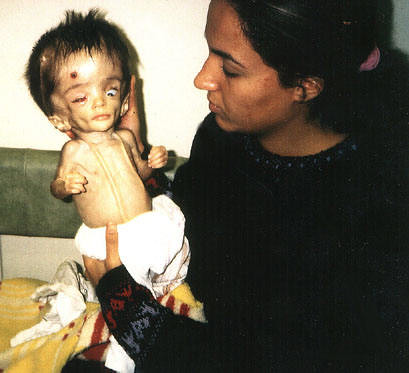 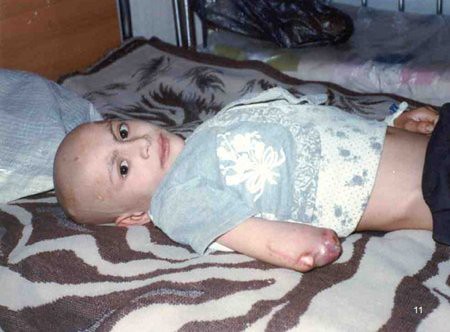 Related Topic(s): Iran; War On Iran In 2012, Add Tags
Add to My Group(s)
Go To Commenting
The views expressed herein are the sole responsibility of the author and do not necessarily reflect those of this website or its editors.