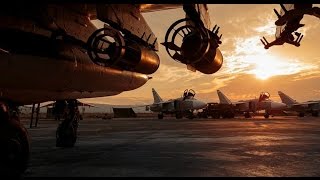 On the eve of World War II the United States was still mired in the Great Depression and found itself facing war on two fronts with Japan and Germany. However bleak the outlook, it was nothing compared to the outlook today.

Has anyone in Washington, the presstitute Western media, the EU, or NATO ever considered the consequences of constant military and propaganda provocations against Russia? Is there anyone in any responsible position anywhere in the Western world who has enough sense to ask: "What if the Russians believe us? What if we convince Russia that we are going to attack her?"

The same can be asked about China.

The recklessness of the White House Fool and the media whores has gone far beyond mere danger. What do the Russians think when they see that the Democratic Party intends to elect Hillary Clinton president of the US? Hillary is a person so crazed that she declared the president of Russia to be "the new Hitler" and organized through her underling, neocon monster Victoria Nuland, the overthrow of the democratically elected government of Ukraine. Nuland installed Washington's puppet government in a former Russian province that, until about 20 years ago, was part of Russia for centuries.

I would bet that this tells even the naive pro-western part of the Russian government and population that the United States intends war with Russia.

Ever since Russia stood up to Obama over Syria, the Russians have been experiencing hostile propaganda and military operations on their borders. These provocations are justified by Washington and its NATO vassals as a response to "Russian aggression." Russian aggression consists of nothing but obviously false assertions that Russia is about to invade the Baltics, Poland, and Romania and recreate the Soviet Empire, the Eastern European part of which, together with the former Russian provinces of Georgia and Ukraine, now belong to the American Empire.

The Russians know that the propaganda about "Russian aggression" is a lie. What is the purpose of the lie other than to prepare the Western peoples for war with Russia?

There is no other explanation.

Even morons such as Obama, Merkel, Hollande, and Cameron should be capable of understanding that it is extremely dangerous to convince a major military power that you are going to attack. To simultaneously also convince China doubles the danger.

Clearly, the West is incapable of producing leadership capable of preserving life on earth.

What can be done when the entire West demonstrates a death wish for Planet Earth?

Until the criminal regimes of Clinton, George W. Bush, and Obama, American presidents from John F. Kennedy forward worked to reduce tensions with the Soviets. Kennedy worked with Khrushchev to reduce tensions caused by US missiles in Turkey and Soviet missiles in Cuba. President Nixon negotiated SALT I (the Strategic Arms Limitation Treaty) and the Anti-Ballistic Missile Treaty. President Carter negotiated SALT II, which was never ratified by the US Senate but was observed by the executive branch. President Reagan negotiated with Soviet leader Gorbachev the end of the Cold War. President George H.W. Bush in exchange for Gorbachev's agreement to the reunification of Germany promised that NATO would not move one inch to the East.

All of these achievements were thrown away by the neoconized Clinton, George W. Bush, and Obama regimes, each a criminal regime on par with Nazi Germany.

Today life on Planet Earth is far less secure than during the darkest days of the Cold War. Whatever threat global warming poses, it is miniscule compared to the threat of nuclear winter. If the evil that is concentrated in Washington and its vassals perpetrate nuclear war, cockroaches will inherit the earth.

I have been warning about the growing danger of a nuclear war resulting from the arrogance, hubris, ignorance, and evil personified by Washington. Recently, four knowledgeable Russian-Americans spelled out the likely consequences of trying to drive Russia to submission with war threats.

Related Topic(s): Matrix; Propaganda; Provocation; Russia; War Crimes, Add Tags
Add to My Group(s)
Go To Commenting
The views expressed herein are the sole responsibility of the author and do not necessarily reflect those of this website or its editors.