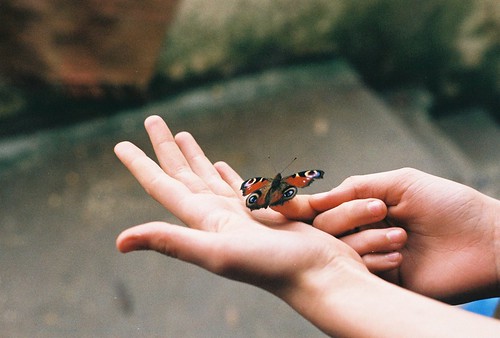 Suppose a miracle is reported say, another Virgin Mary sighting by Catholics, or the 900-foot Jesus seen by evangelist Oral Roberts. Some Americans will embrace this news joyfully as evidence of the holy, while others will be skeptical.

Here's my question: What causes some people to believe such reports and others to doubt them? What is different inside the minds of the two groups? What makes believers and doubters?

I really don't know and neither do any of the believers or doubters, I suspect.

This quandary applies to more than religion. It covers all human belief systems. For example, what causes some people to be political conservatives and others liberals right-wingers and left-wingers? What creates rebels and conformists, puritans and playboys, social reformers and traditionalists, militarists and pacifists ("hawks" and "doves"), Democrats and Republicans, gun-lovers and gun-haters, environmentalists and industry-boosters ("tree-huggers" and "spoilers"), death penalty advocates and death penalty foes, etc.?

A half-century ago, why did some Americans support racial segregation, and some integration? A century earlier, why did some clergymen uphold slavery, and others denounce it?

Nearly everyone has a "worldview" encompassing such issues but does anyone know how he or she acquired it? Where do beliefs come from? Over the years, I've put this question to various psychologists, but I never got an answer I can understand.

If you ask, say, a conservative why he's conservative, you'll probably get an answer something like: "Because I'm intelligent and can see the obvious correctness of that position." And a liberal would say exactly the same. Neither really knows why.

Conversely, secular liberals generally back an opposite agenda on all those subjects. And Catholics often are switch-hitters, opposing sex while embracing share-the-wealth efforts. How are these outlooks implanted?

In psychology, there's a factor called "bias reinforcement." It means that people with certain inclinations constantly look for evidence to back their views, and shrug off opposing evidence. Does that help explain beliefs? Do we condition ourselves, like Pavlov's dog, to give knee-jerk reactions to stimuli? Also, some new research implies that beliefs may be partly genetic, locked into our DNA.

More than a century ago, in a lecture titled "The Will to Believe," famed philosopher-novelist-psychologist William James told Ivy League students that people believe what they want to believe what their personal orientations draw them to accept and that this human instinct is desirable. This is called "volitionalism" by scholars. But it really doesn't explain anything. For example, it doesn't clarify why evangelist Jerry Falwell was drawn to believe the word-for-word truth of the Bible, but renowned astronomer Carl Sagan was drawn to reject it.

In some cases, circumstantial causes of beliefs are visible. For example, women traditionally held nurturing roles while men went forth to conquer. So women tend to be "liberal," supporting school lunches, health care, welfare, etc., while men are inclined to militarism. (Women are from Venus, men from Mars.) Blacks have been cheated in America for so long that they naturally see society from an underdog view rallying behind O.J. Simpson, for instance. Underdog feelings apply even stronger to gays. Most Jews feel an ethnic affinity for Israel and can't be objective about Mideast politics. Ditto, in reverse, for Arabs.

Growing up in a working-class family, or in poverty instead of being born to wealth and privilege undoubtedly inclines many to embrace labor union beliefs and egalitarian causes. But there are exceptions to all these patterns. And other belief roots are too unfathomable for such simplistic explanations.

Beliefs of the whole society evolve. When I was young in the 1950s, gays were put in prison, and it also was a crime to buy a drink, look at a "girlie" magazine, buy a lottery ticket, marry someone of a different race, have sex out of wedlock, etc. Today, the beliefs behind those laws seem as antiquated as powdered wigs.

In the end, I'm still mostly unable to deduce why people are religious believers or skeptics, political conservatives or liberals, moral puritans or fun-seekers, military hawks or doves, and all the rest. Yet these are powerful psychological forces that shape the very nature of our society, and its internal conflicts. Where do beliefs come from? It is a puzzlement.

(from The Charleston Sunday Gazette-Mail, May 4, 2003, syndicated nationally)

Related Topic(s): Beliefs; Conservatives; Evidence; Liberals, Add Tags
Add to My Group(s)
Go To Commenting
The views expressed herein are the sole responsibility of the author and do not necessarily reflect those of this website or its editors.