Change Is Not Always Progress 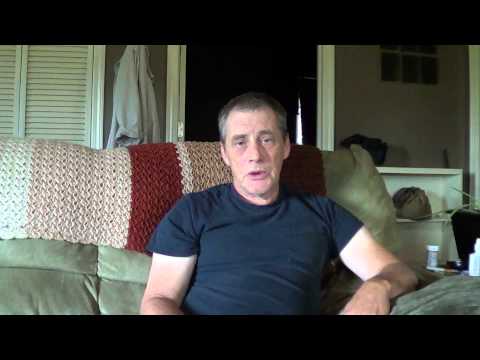 Is the world getting meaner? Observations on the connection between culture and lack of time for the people around us.
(Image by YouTube, Channel: megadweezel)   Details   DMCA

I remember when there was no tamper-proof and child-proof packaging. That was before multiculturalism and Identity Politics when we could still trust one another and parents accepted responsibility for their children without fobbing it off on a company with a liability claim.

I remember also when there were no state income and sales taxes. States were able to meet their responsibilities without them.

The air museum on the naval base in Pensacola, Florida, has a street reconstructed from the 1940s. The restaurant's menu offers a complete evening meal for 69 cents.

I was thinking about that as I reviewed a recent Public supermarket bill: a loaf of bread $3.89, a dozen organic eggs $4.95, a package of six hot dogs $5.49, eight small tomatoes $5.19, a package of baby spinach $4.19, a half gallon of milk $4.59, a package of two paper towel rolls $5.99. When I was five or six years old, my mother would send me to the bakery with a dime for a loaf of bread or to the market with 11 cents for a quart of milk. The Saturday afternoon double-feature at the movie house was 10 cents. A case of Coca-Colas (24 bottles) was one dollar. Ten cents would get you a Pepsi Cola and a Moon Pie, lunch for construction crews. Kids would look for discarded Pepsi Cola bottles on construction sites. In those days there was a two-cent deposit on soft drink bottles. One bottle was worth four pieces of Double Bubble gum. Five bottles paid for the Saturday double-feature.

Dimes, quarters, and half dollars were silver, and there were silver dollars. The nickle (five cent coin) was nickle, and the penny was copper. FDR took gold away in 1933. The silver coins disappeared in 1965. Our last commodity money, the copper penny, met its demise in 1983. Now they are talking about getting rid of the penny altogether.

Many of us grew up with paper routes for spending money. Other than a paper route, my first employment was the high school summer when I worked the first shift in a cotton mill for $1 an hour. And work it was. After the withholding tax, my take-home pay for the 40 hour week was $33.

When I was five years old I could walk safely one mile to school and home by myself without my parents being arrested by Child Protective Services for child neglect and endangerment.

In school we could draw pictures of fighter planes, warships, and guns without being regarded as a danger to our classmates and sent for psychiatric evaluation. Fights were just a part of growing up. The police weren't called, and we weren't handcuffed and carted off to jail. Today kids who play cops and robbers or cowboys and Indians and point fingers at one another as pretend guns end up in police custody. A fight means an assault charge and possibly a felony record.

The kind of freedom I had as a child no longer exists except in remote rural areas. When I think about this I wonder if kids today even notice. They live in the virtual world of the video screen and do not know the real world. Catching craw-fish in the creek while watching out for cottonmouth moccasins, playing capture the flag over acres of expanse without getting a bad case of poison ivy, organizing a neighborhood ball game, damning up a creek and making a swimming hole. Today these are unknown pleasures.

When it rained we read books. I remember reading Robert Heinlein's Puppet Masters when I was 12 years old. Do 12 year olds read books today? Can science fiction compete with video games?

I remember when a deal rested on a handshake. Today lawyers tell me even contracts are unenforceable.

Related Topic(s): Children; Discrimination; Fundraising; Multiculturalism; Parents; Responsibility; World Opinion; Worlds Dumbest Ideas, Add Tags
Add to My Group(s)
Go To Commenting
The views expressed herein are the sole responsibility of the author and do not necessarily reflect those of this website or its editors.