"Bad men need nothing more to compass their ends, than that good men should look on and do nothing." 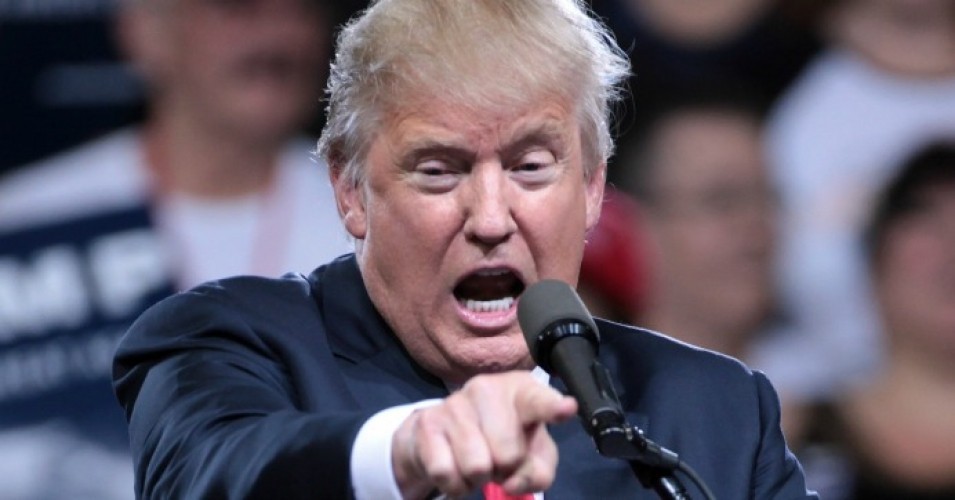 The British political philosopher, John Stuart Mill, was a man of many pithy phrases. Possibly his most widely quoted assertion is that "Bad men need nothing more to compass their ends, than that good men should look on and do nothing."

This quote fits the Trump age perfectly. Where are you, Barack Obama? Obama is still polling higher than any other politician, active or retired. Instead of speaking out, he is making movies, maybe writing another book, and otherwise really enjoying himself.

Where are you Condoleezza Rice? She encouraged Rex Tillerson to be Trump's Secretary of State, but Tillerson was cast aside in 2018 by a sneering Trump, who pronounced him "dumb as a rock." Condoleezza is collecting honors and large speech fees and teaching at Stanford University (keep in mind that Rice was on the inside during the criminal Bush/Cheney war in Iraq, which she supported and defended).

Where are you General Colin Powell? Powell is another former disgusted high official still high in the polls. He thinks he is hated by the White House. He needs to speak up, as his formidable former Chief of Staff, Col. Lawrence Wilkerson, has repeatedly done.

The list could go on and on. The former high officials or elected politicians, now retired, who do want to speak up, complain that they can't get any media attention. If that is true, they should organize into a collective force, with some staff, to help push for media attention. I'm sure they will be able to attract some enlightened large donors.

Not all former officials are AWOL. Some former officials write prominent op-eds in newspapers like The New York Times and The Washington Post. Some former Obama-era public servants started a podcast called Pod Save America. These efforts are, sadly, not enough to compete with Trump's onslaught.

It is imperative that these political figures speak out, stand tall, and push back against Trump's worsening outrages. Trump's brazen lies obscure his administration's secrecy and cover-ups; for his abysmal betrayals of workers, patients, consumers, communities; and for Trump's false pledges that he would help create a safe, healthy environment. Remember his nonsensical rhetoric about clean air, clean water, and beautiful, clean coal.

He still thinks evidence about climate disruption is a "Chinese hoax."

In his mass rallies that screen out critical citizens Trump knowingly lies with reckless abandon. For example, at his recent Dallas rally, Trump said that he has brought the "largest decline in drug prices in over 51 years." Actually, drug prices are soaring as deprived patients, insurance company executives, and Medicare officials know so well. So what does Trump add? He tells his believers that the reason they don't know about lower drug prices is that the media, which he calls "crooked," "corrupt," and "fake," isn't telling Americans the truth.

That Trump has lied over ten thousand times to the American people is itself, given their many ramifications, a "violation of the public trust," which Alexander Hamilton described as an impeachable offense. Trump lies more in a month than other presidents do during their entire four-year term.

Many of the influential people who are silent about Trump's abuses have no economic worries. They are sufficiently or extravagantly well-off. They have no concerns over the need for future jobs, being in their sixties or seventies. Retired lawyers who see Trump trampling on our constitutional and legal frameworks should be particularly incensed.

If some billionaire would fund the creation of a Secretariat to promote the views of Trump's critics, a small experienced staff and these influential people together could create a whole that is much greater than the sum of its parts.

Former lawmakers and executive officials, when acting together and assisted by a support staff, can multiply their efforts. Former Senators Lowell Wiecker and Gary Hart; former EPA chiefs, such as William Ruckelshaus; and former governors of New Jersey, Thomas Keane and Christine Todd Whitman are all critical of Trump's misbehavior. Trump ravages people and lies about a variety of serious matters without rebuttal. As we know from history, an unchallenged lie, repeated over and over again begins to sink in. It is imperative that accomplished people who challenge Trump's lies gain public credibility. Just consider the "nicknames" Trump assigns to his adversaries, without any nicknames being successfully applied to him. "Crooked Donald," "Decadent Donald," "Draft-dodging Donald," "Disgraceful Donald," "Lying Donald," and so forth. He has used such monikers, and worse, to slander opponents and these insults have been repeated by the mass media. Trump's victims are not afforded a chance to respond to his invectives.

Related Topic(s): Insults; Trump Attacks Media; Trump Dangerous; Trump Fake News; Trump Insults; Trump Liar; Trump Tyrant, Add Tags
Add to My Group(s)
Go To Commenting
The views expressed herein are the sole responsibility of the author and do not necessarily reflect those of this website or its editors.