Sooner or later, the Trump administration will be forced to withdraw from this war. But how many people will die before it happens? 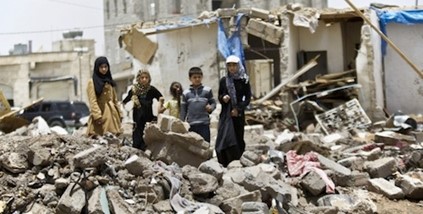 On Wednesday the Republican leadership briefly transformed the US House of Representatives into a theater of the absurd in order to block a debate and vote on US military participation in a genocidal war.

Related Topic(s): American Presidents; Murder; Stop These Wars; Unconstitutional; Yemen Destruction, Add Tags
Add to My Group(s)
Go To Commenting
The views expressed herein are the sole responsibility of the author and do not necessarily reflect those of this website or its editors.