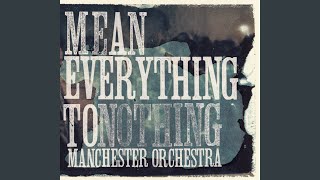 Everything To Nothing
(Image by YouTube, Channel: Manchester Orchestra - Topic)   Details   DMCA

Behind their flaccid smiles is a roaring furnace of anger.

They believe love motivates them. Love, and the worship of some leader who stands for love.

This delusion can topple a society and a civilization.

They have been taught to be good. They been trained in that way, and they embrace their training as both a shield and a sword, as they set out to change the world.

There are millions of them.

They advocate "share and care" without limit. This is their religion. For them, there is no ceiling on supporting those in need, and there are no negative consequences. There is no taking from Peter to pay Paul. It doesn't exist.

If you told these soldiers for the Good that they could open a door and let 30 million immigrants into the country overnight, they would open the door without hesitation. Downside? Irrelevant. Being good is all that matters. It is the imperative. To betray it would be an unpardonable sin and would destroy them, these holy soldiers.

On the other hand, if you said you had a plan to put two million unemployed Americans back to work tomorrow, they would register indifference. That idea doesn't fit their world view. Back to work means WORK. Earning a living. Some measure of responsibility and accountability. Self-reliance. Strength. Where is the CHARITY in that? Where is the unlimited giving? Where is the love?

Where is "everything for nothing?" This is their motto. This is proof of their caring and goodness. Threaten to take that away from them and their expressions harden and they begin to spit venom.

As soon as they sense a plan or an idea or a promise is going to derail that formula, they boil over in anger.

Related Topic(s): Caring; Crimes Against Humanity; Delusion; Religion, Add Tags
Add to My Group(s)
Go To Commenting
The views expressed herein are the sole responsibility of the author and do not necessarily reflect those of this website or its editors.