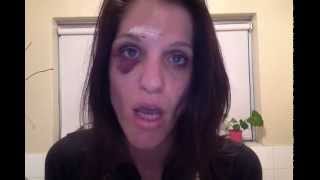 Police Brutality -- The terror is real, it is criminal and it's in our backyard.
(Image by YouTube, Channel: Laniakea)   Details   DMCA

Journalists did not appreciate the implications for themselves of the contrived and false indictment of Julian Assange by a corrupt US government. It was obvious to a few of us that the indictment by the US government, a government constrained by the First Amendment, of a foreign national for publishing leaked material, an action never before regarded as espionage or a crime, was the beginning of the end of any Western government ever again being held accountable by a free press.

Not that the Western World has a free press. It has a collection of presstitutes that serve as a Ministry of Propaganda for the ruling oligarchies.

Still, in principle it was possible that governments could be held accountable. But that possibility ended with Assange's false indictment.

First of all, no honest government would have spent years trying to invent a way to indict a journalist for practicing journalism.

Second, no intelligent grand jurors with an ounce of integrity would have been putty in the hands of a corrupt US prosecutor and enable a prosecution that ensures the destruction of accountable government.

Third, it was obvious that once America led the way in shutting down the principle of a free press, governments of other "Western democracies" would follow as soon as they could.

The Gestapo raids soon spread to other Australian journalists, including one whose sin was to report on "asylum seekers."

Assange's contrived and false indictment has also encouraged the French police to arrest journalists covering the ongoing "Yellow Vest" protests. The French government is desperate to blank out the protest against the American puppet government in Paris.

Even the San Francisco police, who tolerate massive homelessness on the streets and the associated crimes have been inspired by Assange's indictment. The front door of Journalist Bryan Carmody, who reported on the sudden death of a public defender, who apparently was in the way of successful police frame-ups, was broken down by police wielding sledgehammers.

Rather than knock on the door, the police break in. This not only costs the occupant large sums of money for repairs, but also serves to intimidate and to create a story that there was resistance that had to be overcome by breaking down the door. This creates the necessary story for killing the occupants and the dog.

Not only journalists have lost First Amendment protection, but also citizens in encounters with police. John Whitehead explains how a citizen's exercise of constitutional rights is grounds for arrest.

Communication monopolies such as YouTube, Twitter, and Google continue the censure-ship that teaches Americans to hold their tongues about an increasing array of subjects. The same lesson is taught in schools and universities as speech codes gradually erase the First Amendment. Each generation that is born is born into a country with less free speech. As time passes, people will forget that once government and police could be held accountable. Without free speech there is tyranny, and the road to tyranny is the road the United States and its Western vassals are on.

Related Topic(s): Assange; Journalistic Malfeasance; Police; Presstitutes; Propaganda; Tyranny, Add Tags
Add to My Group(s)
Go To Commenting
The views expressed herein are the sole responsibility of the author and do not necessarily reflect those of this website or its editors.