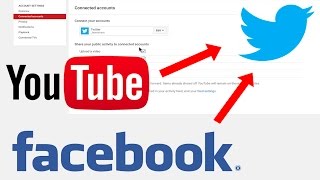 Censorship has become such a normal part of daily American life that most people either don't pay attention to it or don't care. But it's taken on a life of its own, and it's beginning to spin out of control. We must take back our constitutional right to freedom of speech and our civil liberties.

Many Americans laughed this week when Twitter, Facebook, and YouTube suspended the accounts of Alex Jones and InfoWars. Jones is well-known for his bombastic, conspiracy-laden, often offensive views on just about everything from the Sandy Hook massacre (no children were killed; they were all "crisis actors") to the United Nations (it's a hostile foreign power that maintains a secret army and will launch a war to install a one-world government) to so-called "chemtrails" and space aliens. (In the interest of transparency, I have appeared three times on InfoWars' The Real News with David Knight. David is a mainstream Libertarian and a great supporter of whistleblowers.)

But the decision to ban Jones was not funny at all. You don't have to agree with a single thing the man says to believe that he has the same fundamental right to freedom of speech that you and I have. When news of the ban broke on August 6, I was surprised at how few of my friends objected to it. Indeed, many gloated over it. I felt exactly the opposite. I was infuriated. And the next day, on August 7, Twitter permanently banned my friend Peter Van Buren from the site.

Van Buren is a renowned State Department whistleblower and 24-year Foreign Service veteran who also led a Provincial Reconstruction Team in Iraq. He has written extensively about waste, fraud, and abuse at the State Department, and he published a well-received memoir in 2012 entitled, "We Meant Well: How I Helped to Lose the Battle for the Hearts and Minds of the Iraqi People." As Secretary of State, Hillary Clinton tried mightily to fire Van Buren for that memoir, even though the State Department's publications review staff approved its release. She tried to confiscate his pension. Only after a lawsuit on his behalf by the American Civil Liberties Union and the Government Accountability Project was he allowed to retire and to keep his pension.

Twitter, however, doesn't have to answer to anybody. It's a private company and it can do what it wants. Last week, Van Buren got involved in an acrimonious exchange about government lying with mainstream journalist Jonathan Katz, a freelancer who writes primarily for The New York Times, Politico, and Slate. Katz apparently reported Van Buren to Twitter, which quickly banned him for life, saying he had "harassed, intimidated, or used fear to silence" Katz. No such thing ever took place. Because of the permanent nature of the ban, every one of Van Buren's tweets from the past seven years has been deleted.

Twitter's action turns out to not have been limited to Alex Jones and a buddy of mine. The company went on yesterday to suspend the accounts of Scott Horton, a prominent radio host, director of Antiwar.com, and great friend of whistleblowers; and Dan McAdams, a highly-respected former congressional staff member and executive director of the Ron Paul Institute for Peace and Prosperity. I know both of these men well and I would stake my reputation on their decency, honesty, and integrity. Twitter suspended them because they came to Van Buren's aid.

There's an even worse result from Twitter's actions. InfoWars this week had promoted a petition asking President Trump to pardon Julian Assange. In just 48 hours, the petition was signed by nearly 40,000 people. It was all but killed when removed from Twitter, Facebook, and YouTube.

There's a very serious issue at play here. Put aside your feelings about Alex Jones, about crisis actors, and about chemtrails. This is an issue of free speech. It's an issue of corporate censorship. Twitter, Facebook, YouTube, and other tech mega-companies are telling us that they get to decide what we see and don't see. They get to decide what we say and don't say.

I won't live like that. Veteran Intelligence Professionals for Sanity (VIPS), a group of retired intelligence officers, diplomats, military officers, and FBI agents, is writing a letter to Twitter's leadership to protest these heavy-handed, anti-democratic actions. I'm proud to be a member of VIPS and I think that our collective voice will be heard. But VIPS can't do it alone. Twitter and the others must be called to account.

I, for one, don't want to live like a North Korean, an Iranian, or even an Israeli or a Brit, where my government or a company tells me what to think or to say. I will boycott Twitter and speak out against it everywhere until it remedies these egregious attacks on civil liberties.

Related Topic(s): Facebook; Free Speech; Infowars; Twitter; Vips; Youtube, Add Tags
Add to My Group(s)
Go To Commenting
The views expressed herein are the sole responsibility of the author and do not necessarily reflect those of this website or its editors.