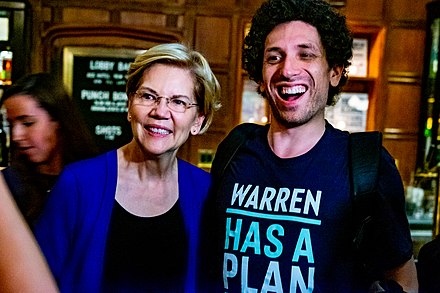 "Unity begins with the truth," US Senator Elizabeth Warren (D-MA) tweeted on January 13, arguing in favor of the impeachment of then-President Donald Trump, "and the truth demands accountability."

And the feeling one gets, regardless of her claims to be acting on behalf of workers, consumers, or corporate shareholders, is that it's really all about accountability to ... drum roll please ... US Senator Elizabeth Warren.

Warren's not the only politician with such an attitude, of course. She's just more loudly transparent about it than most, which is why I picked her to pick on here.

Her mask (no, not the COVID-19 mask, the other one) briefly came off on March 25 when she told Amazon that she's "fight[ing] to break up Big Tech so you're not powerful enough to heckle senators with snotty tweets."

She means to rule. She thinks she's ENTITLED to rule. And the peasants (a group she places even Jeff Bezos, at the moment the second wealthiest man in the world, in!)? Our job is to keep our smart-aleck mouths shut and do as we're told.

So, to whom is Senator Warren herself accountable?

The easy answer is "the voters of Massachusetts." But the US has a de facto "Senator for Life" system under which incumbents get re-elected more than 90% of the time. Not so much because their voters love them, as because incumbents rake in a lot of money to hold onto their seats for as long as they like, while challengers tend to struggle.

Perhaps she's accountable to her campaign contributors? But owners or employees of the "Big Tech" firms she says she wants to "break up" rank high on that list (Alphabet, Apple, Microsoft, AT&T, and, yes, Amazon are all in the top 20). Are they trying to buy her off, or maybe change her mind? Either way, it doesn't seem to be working.

And on that count, US Senator Elizabeth Warren is par for the course as American politicians go.

Related Topic(s): Accountability; Senator Elizabeth Warren, Add Tags
Add to My Group(s)
Go To Commenting
The views expressed herein are the sole responsibility of the author and do not necessarily reflect those of this website or its editors.