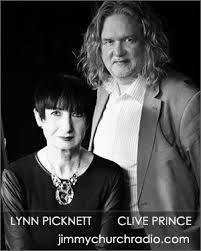 Why is the world in such trouble?

Biblical scholars Lynn Picknett and Clive Prince present a compelling answer in their 2019 gem, When God Had A Wife: the fall and rise of the sacred feminine in the Judeo-Christian Tradition.

We're all upset, they tell us, because our patriarchal universe is completely unbalanced. Politically it is overwhelmingly run by members of a single gender. It's a man's world whose arrangement excludes almost completely more than half the human race.

That's true even spiritually. For instance, the Roman Catholic Church with more than 1.3 billion members has a hierarchy composed entirely of men. Outrageously, it holds officially that women are divinely excluded from its ruling elite. Other Christian denominations as well as the Jewish and Islamic communities are not far behind in their patriarchal orientation.

How could we expect balance and harmony in a world like that? No one can.

Of course, none of that should come as a surprise to anyone especially to women. What is surprising and extremely important in Picknett and Prince's exposition is their argument that our culture's spiritual imbalance stands in sharp contradiction to earliest biblical traditions. There in both its Jewish and Christian Testaments the sacred feminine was originally honored as much as the sacred masculine.

To demonstrate the truth of their position, Picknett and Prince reinterpret the concept of monotheism itself. They take readers on a tour of often-overlooked and downplayed middle eastern biblical sites, expose them to goddess-centered texts, and centralize the figures of Simon Magus, his lover and inspiration Helen, as well as Mary Magdalen who fulfills the same role for Jesus himself. It's a mind-blowing trip with momentous implications for those committed to solving the world's problems at their patriarchal and profoundly religious roots.

Begin by considering the connection between patriarchy and monotheism itself. For the authors of When God Had A Wife, monotheism does not represent a sophisticated advance over a "primitive" polytheism. Quite the reverse. Monotheism instead embodies a drastically narrowed impoverishment of human spiritual experience. It entirely excised the divine feminine which humans across the planet have always thirsted for, recognized and honored. In fact, according to our authors, monotheism is synonymous with "the menfolk." It is itself a patriarchal project.

To develop that point, Picknett and Prince show readers that even the Bible is not basically monotheistic in its alleged identification of a single Old White Man in the Sky watching and judging our every decision. It's not that other gods are merely pretenders who do not exist. It's not even that the biblical tradition is devoid of goddesses. The latter are evidently visible for scholarly detectives like our authors who have been seeking clues for her presence in primary source manuscripts and secondary scholarship for more than 30 years. (The result has earned them world-wide recognition that even includes a cameo appearance in Hollywood's version of "The Da Vinci Code.")

Actually, within Judaism, monotheism (exclusive recognition of one God alone) was a late development. In a tradition that reputedly began about 1200 BCE, monotheism emerged exclusively only around 530 BCE after the Babylonian exile. It was then that Judah's elite represented by Ezra, Josiah, and Nehemiah reformulated the nation's longstanding traditions. Their patriarchal work removed, downplayed, and/or reinterpreted all references acknowledging the existence and power of "foreign" gods other than Yahweh, Judah's national deity. The reformulators took special pains to erase references to goddess worship.

Ezra's reforms obscured, for instance, the fact that the people's origin traditions identified an entire family of Gods as the ones responsible for the creation of the cosmos. Headed by the Great God, El, the family was called Elohim. It included 70 sons. Israel's Yahweh was one of them an inferior subordinate of El. His assignment was to protect the nation of Israel. (Note El's name in the term Yisra-El itself.) Only at the beginning of the first millennium BCE was El replaced by Yahweh as Israel's particular God.

More importantly for Picknett and Prince, El had a wife. The arrangement was only natural to the ancient mind divine families mirrored human ones complete with father, mother, sons and daughters. It was just like the Greek and Egyptian myths familiar to all acquainted with classical literature. In fact, El's wife sometimes had names drawn directly from cultures surrounding the Hebrew nation (Egypt's in particular). Thus, she was variously identified as Anat, Qadesh, Isis, Sophia, and (the favorite) Asherah. As the quintessential shape shifter, the Hebrew goddess was variously a lustful, raunchy and sexually insatiable seductress, a fierce warrior, a loving wife, a beloved mother, and a wise crone.

Consider Ashera then. Despite patriarchal attempts to write her out of the Bible, and despite similar cultural obstacles obscuring the perception of most contemporary scholars, Asherah's prominence for ancient Hebrews emerges unmistakably from:

The bottom line here is that goddess worship was central to ancient Israel's past. Only heroic (not to say malevolent) efforts by the nation's 6th century (BCE) reformers coupled with the cultural blindness of mainstream biblical scholarship has kept that powerful truth from penetrating the consciousness of Jews and Christians everywhere.

Related Topic(s): Bible; Biblical Studies; Biblical Theology; God; Goddess; Israel; Judeo-christian; Patriarchy; Spirituality; Women, Add Tags
Add to My Group(s)
Go To Commenting
The views expressed herein are the sole responsibility of the author and do not necessarily reflect those of this website or its editors.