"What can you do, thought Winston, against the lunatic who is more intelligent than yourself; who gives your arguments a fair hearing and simply persists in his lunacy?"

When Six Flags purchased two identical Intamin Impulse Coasters in 2001, they placed one of them in Marine World (now Discovery Kingdom) in Vallejo, California. The ride's height surpassed the city's limitation of 150 feet so they solved the problem by changing the marketing. The press release announcing the coaster being built at Six Flags Great America stated that "the vehicle rockets up a 185-foot spiral tower". It then went on to state that "after traversing the first peak, the guests swoop backward through the station and up a second, 185-foot tower." However, the Marine World release touted the identical roller coasters as having "two 150-foot vertical sky towers." Both rides were described as having a "630 feet of U-shaped" track.

Eventually, Vallejo city officials noticed that there were 35 additional feet of steel on each of the coaster's two towers. Before opening in 2002, the coaster was modified so that it conformed to the city's building codes.

Trump's fans are more gullible than the city of Vallejo. They think that their president has saved the economy even if it has been almost five years since the GDP grew by 5.5% in a quarter. Also, by this point in the Obama presidency, stocks had risen by 50.6%. Trump's supporters think that he is doing better with a growth of 37.7%. Even with the tax cuts that plunged our country deeper into debt, 1.493 million fewer jobs were created during Trump's first 31 months in office than in Obama's last 31 months.

The willful ignorance of the Trump base is a direct result of his mastery of branding. Before the public even had a chance to see the Mueller Report, he had his Attorney General mischaracterize the findings by stating that there was "no collusion, no obstruction." It was a message repeated ad nauseam by the President and his fellow purveyors of fake news. When the report was finally released it did not matter that Mueller had actually shown that Trump and his campaign had committed both.

The same strategy is being used as Trump edges towards becoming the third president in American history to be impeached. His supporters cling to a narrative that ignores the contents of a transcript between the American and Ukrainian presidents to claim "no quid pro quo." Trump himself has become so invested in the lie about his "perfect call" that he reportedly would like to read the evidence against him aloud in a nationally televised fireside chat.

Unfortunately, the virus that creates false realities has not been isolated to the White House. In Los Angeles, School Board member Nick Melvoin was caught red-handed conspiring with the charter-school industry to hand over public property to these privately operated schools. The proposal that they hatched would use a School Performance Framework to expand on the methods already provided by Proposition 39. Proving that ignoring reality is a bipartisan issue, this Democrat has forged forward with his false narrative that his measure is meant to increase transparency. His personal lobbying group, Speak Up, goes further by constructing a narrative that publicly available information is somehow hidden if the district does not manipulate it into a yelp-like rating system.

The problem is made worse by a press that is unwilling or unable to do its job. The local newspaper simply repeated Six Flags' press release as news when a visual scan would have shown that V2 was more than three stories taller than the other coaster listed as being 150 feet. CNN continues to put KellyAnne Conway and other Trump supporters on their airwaves even though they refuse to answer questions, change the subject and promote proven falsehoods. The Los Angeles news media does not cover the corruption apparent on the LAUSD School Board. Even worse, the Los Angeles Times is complicit as they endorse candidates in the pocket of the charter-school industry.

Finding common ground is impossible in a world where facts have no relevance. Instead, each side hides behind its own version of reality, cheering like spectators at a sporting event. As we saw during the Obama administration, compromise has become a dirty word and, therefore, society's problems go unsolved. Saving our democracy depends on our figuring out a way to protect the notion that truth matters. Only then can we debate our ideas based on their merits.

V2: Vertical Velocity front seat on-ride HD POV Six Flags Discovery Kingdom There are six of these Intamin twisted impulse coasters currently in operation, but this one had to be modified shortly after opening in 2001. Originally it was ...
(Image by YouTube, Channel: CoasterForce)   Details   DMCA 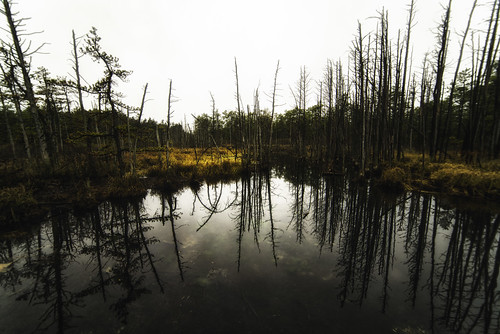 Related Topic(s): Draining The Swamp, Add Tags
Add to My Group(s)
Go To Commenting
The views expressed herein are the sole responsibility of the author and do not necessarily reflect those of this website or its editors.