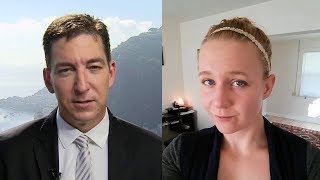 BY THIS WEEKEND, Reality Winner, the former NSA contractor accused of releasing national security information to the media, will have been in jail for more than a full year without being convicted of a crime. Her trial, originally scheduled for October 2017, has been pushed back multiple times and is now on the docket for October 2018. It's anyone's guess whether the case will drag on even longer.

Something curious has happened along the way: Winner's case fell out of the public consciousness. National media pays scant attention to her plight, and many advocates from the left to the center of the political spectrum -- all of whom should have ample reason to loudly protest the many injustices in her case -- have been largely silent.

Winner, unfortunately, is caught between two camps -- a whistleblower without a constituency -- even as her alleged transgression proved a pivotal moment in the hot-burning media story of the investigation into potential attempts by Russia to interfere in the 2016 election.

Winner's arrest-- for leaking a document that media reports have said was the subject of a June 5, 2017, story at The Intercept -- was the opening salvo of the Trump administration's promised crackdown on leaks. (The Intercept has stated it has no knowledge of the source's identity; its parent company, First Look Media, has contributed to her legal defense through its Press Freedom Defense Fund.) Winner received wide coverage at the time of her arrest in June 2017. Since then, however, the coverage has fallen off sharply, even though media organizations should have an incentive to extensively cover, and even protest, such leak prosecutions as an affront to press freedom.

Some local media in Georgia -- not least the Atlanta Journal-Constitution, the leading large paper near the site of the trial -- have been regularly coveringthe case. But, aside from a profile in New York Magazine, there has been virtually no substantial national coverage of Winner's case. At most, Winner might garner mentions in occasional brief write-ups when the judge rules against her defense team, which has happened with virtually every major motion Winner's lawyers have put forward.

Related Topic(s): 2016; Election; Hypocrisy; Investigation; Jail; Reality Winner; Whistleblower, Add Tags
Add to My Group(s)
Go To Commenting
The views expressed herein are the sole responsibility of the author and do not necessarily reflect those of this website or its editors.