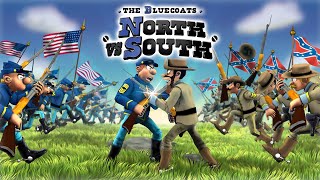 Over the course of my lifetime America has become an infantile country.

When I was born America was a nation. Today it is a diversity country in which various segments divided by race, gender, and sexual preference, preach hate toward other segments. Currently white heterosexual males are losing in the hate game, but once hate is unleashed it can turn on any and every one. Working class white males understand that they are the new underclass in a diversity country in which everyone has privileges except them. Many of the university educated group of heterosexual white males are too brainwashed to understand what is happening to them. Indeed, some of them are so successfully brainwashed that they think it is their just punishment as a white male to be downtrodden.

Donald Trump's presidency has been wrecked by hate groups, i.e., the liberal/progressive/left who hate the "racist, misogynist, homophobic, gun nut working class" that elected Trump (see Eric Draitser, "Why He Won," in CounterPunch, vol. 23, No. 1, 2017). For the liberal/progressive/left Trump is an illegitimate president because he was elected by illegitimate voters.

Today the American left hates the working class with such intensity that the left is comfortable with the left's alliance with the One Percent and the military/security complex against Trump.

America, the melting pot that produced a nation was destroyed by Identity Politics. Identity Politics divides a population into hate groups. This group hates that one, and so on. In the US the most hated group is a southern white heterosexual male.

To rule America, Identity Politics is competing with a more powerful group -- the military/security complex supported by the neoconservative ideology of American world hegemony.

The fact that Trump intended to unwind the dangerous tensions that the Obama regime has created with Russia became his hangman's noose. Designated as "Putin's agent," President Trump is possibly in the process of being framed by a Special Prosecutor, none other than member of the Shadow Government and former FBI director Robert Mueller. Mueller knows that whatever lie he tells will be accepted by the media presstitutes as the Holy Truth. However, as Trump, seeking self-preservation, moves into the war camp, it might not be necessary for the shadow government to eliminate him.

So the Great American Democracy, The Morally Pure Country, is actually a cover for the profits and power of the military/security complex. What is exceptional about America is the size of the corruption and evil in the government and in the private interest groups that control the government.

It wasn't always this way. In 1958 at the height of the Cold War a young Texan, Van Cliburn, 23 years of age, ventured to show up at the International Tchaikovsky Piano Competition in Moscow. Given the rivalry between the military powers, what chance did an American have of walking away with the prize? The cold warriors of the time would, if asked, had said none.

But Van Cliburn electrified the audience, the Moscow Symphony, and the famous conductor. His reception by the Soviet audience was extraordinary. The judges went to Khrushchev and asked, "Can we give the prize to the American?" Khrushchev asked, "Was he the best?" The answer, "Yes." "Well, then give him the prize."

The Cold War should have ended right there, but the military/security complex would not allow it.

In other words, the Soviet Union, unlike America today, did not need to prevail over the truth. The Soviets gave what has perhaps become the most famous of all prizes of musical competition to an American. The Soviets were able to see and recognize truth, something few Americans any longer can do.

Related Topic(s): America; Politics; Secession; Slavery; South; Tariffs; Truth, Add Tags
Add to My Group(s)
Go To Commenting
The views expressed herein are the sole responsibility of the author and do not necessarily reflect those of this website or its editors.