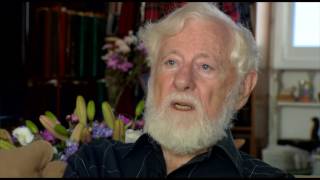 WHAT THE HELL am I?

An Israeli? A Jew? A peace activist? A Journalist? An author? An ex-combat soldier in the Israeli army? An ex-terrorist? A"?

All of these and more.

OK. OK. But in what order? Which is the most important component?

First of all, of course, I am a human being, with all the rights and duties of a human being. That part is easy. At least in theory.

AN AUSTRALIAN man of English extraction would have no trouble answering such a question. He is first and foremost an Australian, and then an Anglo-Saxon. In two world wars he rushed to the aid of Britain, for no practical reason. But in the second war, when his own homeland was suddenly in danger, he rushed back home.

That was quite natural. True, Australia was created mainly by British people (including deported convicts), but the Australian's mental world was formed by the geographical, political and physical environment of Australia. In the course of time, even his (and her) physical appearance changed.

ONCE I had a discussion about this with Ariel Sharon.

I told him that I consider myself an Israeli first, and a Jew only second.

Sharon, who was born in pre-Israel Palestine, retorted heatedly: "I am first of all a Jew, and only then an Israeli!"

This seems an idle discussion. But it has a very practical relevance for our daily life.

For example, is this a "Jewish" state, how can it exist without the dominance of the Jewish religion?

Israel was founded by very secular idealists. Most of them looked upon religion as a relic of the past, a handful of ridiculous superstitions that must be discarded in order to clear the way for a healthy, modern nationalism.

Related Topic(s): Hebrew; Israel; Israeli-palestinian; Peace; Politics; Religion; Zionism, Add Tags
Add to My Group(s)
Go To Commenting
The views expressed herein are the sole responsibility of the author and do not necessarily reflect those of this website or its editors.