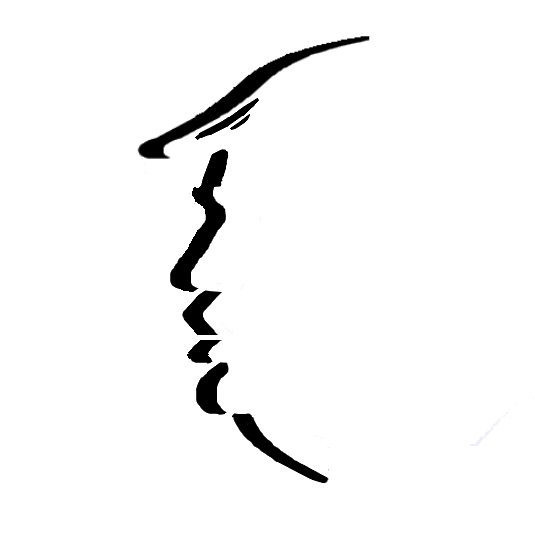 "Trump was just a symptom - he just revealed an existing problem."

You've heard the narrative, and it's not exactly wrong. It's true that he marshaled a political base that let the GOP have its way with America. It's true that he exposed an ugly nationalistic streak in our character. And it's true that he gave voice to Christian Dominionists who view themselves as persecuted and abused. These things were here all along, weren't they?

Sure. But the bigotry he brought into the highest office of the land has profoundly wounded the soul of America, and that harm is the fault of Donald J. Trump alone.

The arc of the moral universe is long indeed. And those of us of a certain age have seen some improvements in race relations in America during our lifetimes. Surely, considerable progress has been made over the past 200 years. There have been improvements in legal protections and in the application of law and justice. Certainly the arc is much too long, and it needs to be bent much more to get within hailing distance of justice. But that's just the legal framework.

America's moral and cultural orientation toward race relations is different. Although it may be influenced by the legal framework, our culture exists in its own reality. It's transmitted from one generation to another, and it's shared among peers. It's taught in classrooms, and it's reflected in commercial media. It's downloaded from our environment and uploaded to those who respect us. In the absence of a crisis, culture tends to evolve slowly. Like a virus, the culture of racism can infect all it touches. And like a virus, it can die out when susceptible hosts become unavailable.

Until 2008, America's culture was moving slowly but steadily toward ever greater racial tolerance, if not acceptance. In most circles, it wasn't okay to be overtly racist. It just wasn't acceptable in polite society. While there were those who inherited racism from their parents, from their local community, or from their chosen media, their voices were muted by the knowledge that the culture writ large was not accepting of their prejudice. They kept their mouths shut about their hatred. They hid their bigotry in such a way that it wasn't able to infect other hosts in large numbers.

The election of the first African-American President began to shake things up. There were those among us whose ire was provoked, to be sure. But few people said that they hated Obama because he's black. No, it was because he's a socialist or a communist. Or maybe because he's crooked. Or possibly that he's Muslim. To some, it was obvious that he hated America. A little closer to the truth was the narrative that he was technically ineligible to serve as President because he was born in Kenya. Donald J. Trump himself aggressively promoted this narrative.

Remarkably, during much of the Obama Administration, Americans considered race relations to be generally good. [Survey of U.S. adults conducted Feb. 29-May 8, 2016. Trend data from CBS News and New York Times surveys] That is, until the deaths of Eric Garner, Michael Brown, Dontre Hamilton, Tamir Rice, Walter Scott, Freddie Gray, and dozens of others at the hands of those sworn to protect and serve them. What was going on? Was police homicide something that had been with us all along, or was this a new development? History had been telling us about a racist strain running through law enforcement for centuries. But the message from the black communities was beginning to get through to white America. To many, racial unrest suddenly became real, justified, and an obligation of the majority to address. To others, the unrest was a threat to their privilege, and to the racial detente they perceived as peace. Passions were aroused.

Enter Donald J. Trump, framing the Black Lives Matter movement as a criminal conspiracy. They're anti-American terrorists, along with their enablers - socialists, communists, antifa, liberals, and Democrats. It's okay to stand up against them, and don't be too careful with their heads when you arrest these thugs. If your police department isn't tough enough, I'll take over your city with my own forces. Law and order trumps black lives. It's okay to hate.

It's okay to hate. And who do we hate? Those who watched and listened to the man at the podium learned that it's okay to hate anybody who is different from us. Other religions, other cultures, other parties, other races - they're all targets for our shared hatred. Millions of Americans who had concealed their bigotry were released from their bonds of shame; they were unleashed upon their culture. And they were empowered. They formed militias and they congealed into new hate groups that reinforced their hatred. And they radicalized each other. They clumped together around the same news channels and social media networks. Hate became its own subculture.

The genie is out of the bottle, the toothpaste is out of the tube, and Pandora's box stands wide open. You can't go back to Constantinople. The milk is spilled.

And it's okay to hate.

"Dreams have consequences. There is no turning back. A revolution is not a painless march to the gates of freedom and justice. It is a struggle between rage and hope, between the temptation to destroy and the desire to build. Its temperament is desperate. It is a tormented response to the past, to all that has happened, the recalled and unrecalled injustices - for the memory of a revolution reaches much further back than the memory of its protagonists."

Related Topic(s): Bigotry; Culture; History; Law; Racism, Add Tags
Add to My Group(s)
Go To Commenting
The views expressed herein are the sole responsibility of the author and do not necessarily reflect those of this website or its editors.

The Beginner's Guide to Pissing Off Conservatives

The Myth of Liberal Media Bias

To Kill Our Elders