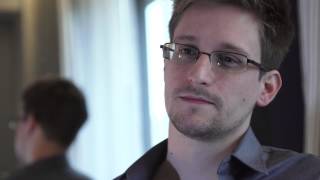 What does mean to be a good American today? Is it to be Conservative, liberal, believe in God, a churchgoer, flag waving "patriot", unapologetic for our wars, extol our military?

How about being a critical thinker? Is he, she to be associated with being a "fake news" reader, a Putin "apologist", disloyal, unpatriotic, a traitor?

There's a proliferation of American flags seemingly flying everywhere. There's knee jerk support for those in the military. Is this testament to being a good American?

How about those individuals and alternative news sites-such as this one-who attempt to see and report the reality as it is, refuse to look away, refuse to accept the "conventional wisdom", join the bandwagon, as in opposing Trump's missile attack against a supposed aggressor President Assad gassing his own people in Syria without proof, without an independent investigation and just accept "official" Washington and its handmaiden main stream media versions based merely on accusations and assumptions as if no proof is necessary. Are they good Americans?

What's become routine in America as well as its poodles in the EU is "official" and MSM versions of events go unchallenged except for alternative news sites. It's as if whatever "official" Washington, their European clients and their MSM enablers claim has to be the "truth". How can they all be lying? They all say the same thing. To challenge these versions would be ridiculous and foolish wouldn't it?

Yet the inconvenient truth is their versions are generally accepted in this country. Of course those who challenge the "official" versions of events have become vilified as un-American, un-patriotic haters of America, proponents of "fake" news, traitorous, deserving of condemnation and ridicule.

There are times it's like being in a parallel universe, connected to the other, yet separated and alienated from it.

Edward Snowden acted out of conscience seeing the NSA's surveillance activities violated the Constitution and believed the American people needed to see this truth. His revelations exposed the NSA's illegality yet he's "officially" denounced as a traitor, violating the law rather than a whistleblower informing the public. In a poll two years ago by US NEWS [1] , 64% of Americans had a "negative image" of Snowden while 84% of Germans and Italians and 80% in France, Spain and the Netherlands had a favorable image of him. Interestingly in the same poll 56% of Americans 18-34 had a positive opinion of Snowden.

The same can be said for Bradley now Chelsea Manning, again out of conscience, who exposed the US military's murderous brutality in the Iraq war, particularly the scene of helicopter gunships firing and murdering civilians and Reuters correspondents caught on video then exposed by WikiLeaks.

Yet he was found guilty in a military court martial, sentenced to 35 years and incarcerated for the past 7 years in a military prison. His sentence was "commuted" by President Obama in January and she's to be released next month. Yet some Americans believe Obama commuting Manning's sentence was wrong and he should have served the full 35 years.

It's as if "things" have turned upside down and dystopia has taken over and become prevalent in America. Maybe not Orwell's "1984" though a peculiar American version where "official" lies are portrayed as the truth-think Colin Powell's charade at the UN in February 2003 purporting to show Saddam Hussein had WMD and justified the US invading Iraq in March of that year.

Retired. The author of "DECEIT AND EXCESS IN AMERICA, HOW THE MONEYED INTERESTS HAVE STOLEN AMERICA AND HOW WE CAN GET IT BACK", Authorhouse, 2009
Related Topic(s): American Culture; American Foreign Policy; American Hypocrisy; Dystopia; Events; Media; Reality; Truth; Wars, Add Tags
Add to My Group(s)
Go To Commenting
The views expressed herein are the sole responsibility of the author and do not necessarily reflect those of this website or its editors.