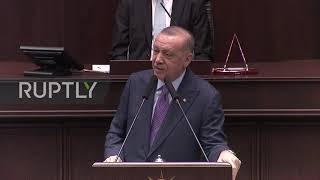 NATO, that cold war relic, should have been dismantled once the Soviet Union ceased to exist in 1991, especially since resisting a Soviet invasion into Western Europe was the primary reason for NATO's existence.

Retired. The author of "DECEIT AND EXCESS IN AMERICA, HOW THE MONEYED INTERESTS HAVE STOLEN AMERICA AND HOW WE CAN GET IT BACK", Authorhouse, 2009
Related Topic(s): NATO; Syria; Syria Attack; Syrian Situation; Turkey President Erdogan, Add Tags
Add to My Group(s)
Go To Commenting
The views expressed herein are the sole responsibility of the author and do not necessarily reflect those of this website or its editors.