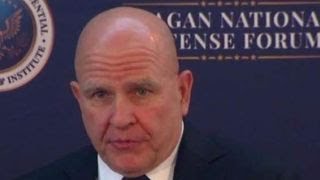 War with North Korea could very well be imminent but from general observations it doesn't seem to be registering with the American people. It's almost eerie.

Of course the corporate MSM is no help. It's focused on domestic issues as in the "tax reform" package making its way through Congress and sure to be on Trump's desk by the end of the week. Then there's the issue of women being sexually harassed by men in positions of power then compounded by male celebrities making comments and female celebs decrying what the men said.

So domestic issues aplenty dominate the airwaves but not so the imminent threat of war with North Korea.

It's only through insightful articles on a few select internet sites that reveal how war with North Korea is becoming more imminent.

From the Trump administration there are so many mixed messages it's almost impossible to tell whether Trumps threat "to totally destroy North Korea" is real or just bombast.

One day Secretary of State Rex Tillerson says the administration is open to talks with North Korea without pre-conditions and the next day he's retracting that saying North Korea has to 'earn the right" for talks. Then there's Trump saying Tillerson is wasting his time about talking with North Korea.

A month ago the US and South Korea expanded military exercises off the Korean Peninsula to include three carrier groups, eleven Aegis ships that can track missiles along with B-52 as well as B-1 and B-2 bombers flying over the peninsula. [2]

Now we get this, "The United States Military has conducted joint training operations with South Korean forces to practice removing nuclear weapons from North Korea in the event of war, according to reports".

"South Korea's Yonhap News Agency reported that 'Warrior Strike' exercise took place north of Seoul between Tuesday and Friday. Hundreds of soldiers from both sides took part in the training to remove weapons of mass destruction from the North." [3]

This from Trump's National Security advisor H.R. McMaster on PBS when asked if the chance of war was increasing "everyday", "I think it is the case. We're out of time with this problem. Not out of time completely but we have a very short amount of time to be able to address the problem of North Korea." Then on BBC News he said, "The US is ready to compel the denuclearization of North Korea" and "without the cooperation of that regime."

Now if you're North Korean leader Kim Jong-Un as well as other military leaders around him how could they not conclude the US is readying to invade the country? It's hard to believe otherwise.

As I see it, North Korea is on hair trigger alert. Any move, even a small surprise attack by US special ops commandos anywhere north of the 38th parallel is going to compel North Korea to respond militarily. Only a fool would think otherwise. And if Kim were to believe he wouldn't survive the US assault he could unleash the unthinkable.

Let's not mince words. What's coming from the Trump crowd regarding North Korea is simply madness.

Retired. The author of "DECEIT AND EXCESS IN AMERICA, HOW THE MONEYED INTERESTS HAVE STOLEN AMERICA AND HOW WE CAN GET IT BACK", Authorhouse, 2009
Related Topic(s): Military; North Korea; Threat; Trump Cabinet; Trump Foreign Policy; Trump Insults, Add Tags
Add to My Group(s)
Go To Commenting
The views expressed herein are the sole responsibility of the author and do not necessarily reflect those of this website or its editors.