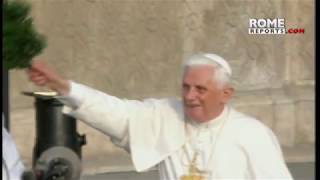 Duluth, Minnesota (OpEdNews) May 7, 2019: The trajectory of the life of the prolific American Jewish scholar Jacob Neusner (1932-2016) intersected the trajectory of my life in the 1990s. Recently I decided to learn more about his life and work by reading Aaron W. Hughes' book Jacob Neusner: An American Jewish Iconoclast (NYU Press, 2016). It is an informative sketch of the prolific scholar and public intellectual Jacob Neusner. However, in my estimate, Hughes does not attend carefully enough to the most important aspects of Neusner's work, as I will explain momentarily.

When Neusner was at the University of South Florida, he started the sponsored book series known as South-Florida-Rochester-Saint Louis Studies on Religion and Social Order edited by Jacob Neusner of the University of South Florida, William Scott Green of the University of Rochester, and William M. Shea of Saint Louis University -- and published by Scholars Press, the publishing arm of the American Academy of Religion (AAR) at the time (it went out of business at the end of 1999). However, as Hughes explains (pages 5, 88, 97, 149-151, 232, and 257), when Neusner served as president of the AAR in 1969, he was instrumental in founding Scholars Press. Nevertheless, Hughes, who is in Jewish studies at the University of Rochester, does not mention this book series, although he frequently mentions Green (see the index for page references). In addition, Hughes notes (page 235) that Neusner received an honorary doctorate in 1993 from Saint Louis University (SLU), the Jesuit university in St. Louis, Missouri.

In any event, the decision was taken to publish a selection of essays by the American Jesuit Walter J. Ong (1912-2003; Ph.D. in English, Harvard University, 1955) in English at SLU on the occasion of his then-upcoming 80th birthday. Neusner contacted Ong about this. Ong, in turn, asked me and Paul A. Soukup, S.J., in communication studies at Santa Clara University, the Jesuit university in Santa Clara, California, to serve as the editors of the projected two volumes and prepare the camera-ready typeset copy for Scholars Press. Over the years, we prepared two further volumes. All four volumes were published under the general title of Faith and Contexts (1992a, 1992b, 1995, and 1999) with subtitles that differentiated them from one another. I supplied an introductory essay for three of the four volumes (1992a, 1995, and 1999). According to the database known as WorldCat, 200 libraries today hold all four volumes of Ong's Faith and Contexts.

In the meantime, I would be remiss if I did not mention here that the British Rabbi Jonathan Sacks is familiar with at least Ong's 1967 book The Presence of the Word: Some Prolegomena for Cultural and Religious History (Yale University Press, 1967), the expanded version of Ong's 1964 Terry Lectures at Yale University, and Ong's 1982 book Orality and Literacy: The Technologizing of the Word (Methuen), Ong's most widely translated book. However, even though Rabbi Sacks is the author of numerous books, he is what Hughes refers to as a pulpit rabbi. Consequently, Hughes may not regard any of Rabbi Sacks' books as works in the academic field of religious studies.

Now, as Hughes (born in 1968) explains (pages 26-36), Neusner was an undergraduate at Harvard in the early 1950s (class of '54). He completed his degree work at Harvard in three years and then spent a fourth year abroad at Oxford University. In those same years, Ong, with the financial assistance of two Guggenheim Fellowships, was living abroad and working in libraries in the British Isles and Continental Europe researching his Harvard doctoral dissertation on the French Protestant logician and educational reformer Peter Ramus (1515-1572). Ong finished writing his massively researched doctoral dissertation by the end of the summer of 1954 at Harvard. But it is not likely that Ong and Neusner ever crossed paths at Harvard in the early 1950s.

Ong's massively researched Harvard doctoral dissertation was published, slightly revised, in two volumes by Harvard University Press in 1958: (1) Ramus, Method, and the Decay of Dialogue: From the Art of Discourse to the Art of Reason and (2) Ramus and Talon Inventory, an annotated bibliography of the 750 or so volumes that Ong tracked down in more than 100 libraries in the British Isles and Continental Europe by Ramus and his followers and his critics.

According to Hughes, "One of the earliest reviews that Neusner wrote was of Abraham Joshua Heschel's [1951 book] Man Is Not Alone on November 8, 1951 [in the Connecticut Jewish Ledger (Hartford)]" (page 25). Hughes then quotes young Neusner's review: "'In our daily lives we are constantly beset by problems with which, as sensitive people, we must grapple. . . . Dr. Heschel, as a philosopher, is developing possible solutions to these problems of which this book is the first glimmering. We see in these beginnings a rational approach, leaning on what has been said and brought before. We see in this book, however, something vastly more original than any of the "philosophies of religion" produced by those who would express their Judaism in something more than ritual. This is not interpretation of writings and dogma. Dr. Heschel starts with life and his answers end in life'" (page 25).

Elsewhere in his book, Hughes also quotes what Neusner writes in his own personal statement in the Harvard Class of 1954, 40th Anniversary Report:

"'I remember only one course at Harvard that kept the promise to educate, which was Leonard Nash's and Thomas S. Kuhn's general education course in the area of the history of science, later on yielding the classic [1962 book], The Structure of Scientific Revolutions'" (page 64, note 61).

In any event, after graduating from Harvard, Neusner next enrolled for rabbi studies at the Jewish Theological Seminary of America (JTSA) in New York City in the fall of 1954 (page 40). According to Hughes, "Neusner had no idea why he was admitted to JTSA. He possessed no qualifications and had very little educational preparation that would have been appropriate for their course of study" (page 46). According to Hughes, "[Neusner] claimed that at the end of his first year, the faculty of the Seminary entertained a motion not to allow him to return the following year. . . . The Seminary was on the verge of dismissing him, which would have been done if not for the objections of Abraham Joshua Heschel. Neusner had served as Heschel's research assistant, which included typing up Heschel's well-known [1955] monograph God in Search of Man" (page 48).

Related Topic(s): Faith; Jesus; Presence; Rabbi; Religion; Spiritual; Time; Time; Time, Add Tags
Add to My Group(s)
Go To Commenting
The views expressed herein are the sole responsibility of the author and do not necessarily reflect those of this website or its editors.