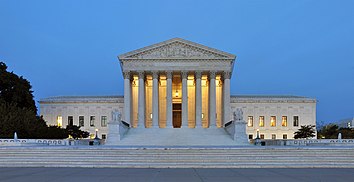 Names are meant to identify a person, to define her, in a manner of speaking, to give her a handle and a sense of individuality, no matter how misleading. They are equivalent to the Nike swoosh or the State Farm jingle, symbols designed to deliver pre-packaged cultural ideas, ready-made for consumption. Like all cultural products, they are politically charged. "John" is biblical, "Sadiq" is a terrorist.

It is in the spirit of free thought and a respect for language that each of the participants below has been tagged with a descriptive nom de nick, the purpose of which is to highlight something of their true character, their personal history or their public record. Not all of the labels are new, but each one gets us a little closer to the forces operating behind the faces we see and the voices we hear. Like "Tokyo Rose" or "Hanoi Jane" or "Ranger Rick," it's the nickname impresses.

In "Part I," five members of the Supreme Court are called out for a rechristening. In "Part II," a handful of political figures, media personalities and celebrity entertainers follow suit. "Enough," sang the bard. "Or too much!"

John "Balls and Strikes" Roberts. A true blue enemy of workers and enabler of corporate power, Roberts famously perjured himself when testifying at his confirmation hearing, telling the committee, under oath, that being a judge is like being an umpire. His job is to call "balls and strikes," not make up a whole new strike zone. In short, he assured the committee he would be guided by legal precedent. Once confirmed, however, Roberts pushed the odious Citizens United case, a proto-fascist ruling surpassed only four years later when he led the charge to strike down Section 4 of the 1965 Voting Rights Act. Thanks to Roberts, money now has First Amendment rights and structural racism no longer exists. (Within months of the Supremes gutting Section 4, 18 states pass voter-restriction laws.) Balls and strikes? This dude made up his own game.

"Strip Search" Sam Alito. Someone must have been awfully nasty to Sammy when he was a young'n. Slapped him around a bit. Beat him up a couple times so he could learn to cultivate his hatred at an early age. Also revenge, especially against those who work for a living or who can't fight back. Like many of his colleagues, Sammy is a conflict-riddled hack and big "D" dissembler. But it gets so much worse. This sadistic bottom-feeder thinks it's perfectly acceptable for police to strip search a ten year-old, even if she's not a suspect and is not named on any warrant. Unleash the full power of the state, says Strip Search Sammy. Those are the rules. Bust open a can of Old Testament savagery on whomever you want, whenever you want and for whatever reason you want. The rabble need to know who's in charge and strip-searching their children is the perfect tutorial. It teaches them not to be a threat when heavily armed riot police storm their front door. Who could argue with that?

"Long Dong" Clarence Thomas. Thomas is one of the worst justices in the history of the Supreme Court, on the same level as James McReynolds and Roger B. Taney. His nomination was rejected by the NAACP, while the ABA gave it a mixed review, with two members on the committee voting "unqualified." Both moves were unprecedented. The man is a hard right extremist and world-class purveyor of racial victimology. Roberts, Alito and Kavanaugh perjured themselves in their confirmation hearings, but it was Thomas who showed the way, denying under oath that he had sexually harassed any of the women with whom he'd worked. Anita Hill, anyone? In fact, four other women were prepared to come forward with similar experiences concerning Long Dong's inappropriate behavior, while others spoke of his "keen interest" in pornography. A former girlfriend called it an "obsession." Given his history, is anyone surprised to learn Thomas sexually harassed a young female lawyer in 2016, twenty-five years after Anita Hill? Hey, predators gotta' prey.

Brett "the Boofer" Kavanaugh. Truthiness ain't the half of it with the Boofer, though he is an accomplished liar, having perjured himself, under oath, on whether he accessed stolen documents, whether he knew about warrantless wiretapping and whether he was involved in discussions on the use of torture. But it was his confirmation hearing for the Supreme Court that pulled back the curtain. Who doesn't remember this arrogant, puffed up, tantrum throwing, walking, talking embodiment of white male privilege? The whiney, "poor me" drivel throughout? The denials, deflections and deranged attacks? Did Brett the Boofer sexually assault Christine Blasey Ford when they were both in prep school? Several witnesses were prepared to testify that the future Supreme Court Justice was widely known for exhibiting the kind of "horrific sexual" behavior described by Dr Ford. Maybe that's why the FBI didn't investigate. Ya' think?

"Amy-Offred" Barrett. Let there be no misunderstandings about this jurist: her mission is to re-make the US into a Gilead-like theocracy with Christian fanatics like herself in charge. She committed perjury in 2017 when she testified, under oath, that she didn't know Alliance Defending Freedom was one of the "largest and most influential" anti-LGBTQ "hate groups" in the country. She taught courses for ADF through the Blackstone Legal Fellowship, courses with reading lists that included anti-gay literature. By the bye, speaking of Gilead, the courses Amy-Offred oversaw were designed to teach students "how God can use them as judges, law professors and practicing attorneys to help . . . spread the Gospel." It's not a typo. In 2006 she told graduates of Notre Dame Law School the purpose of having a law degree was ultimately about "building the Kingdom of God." Not the Constitution. Not the law. The bible. Scary. But the clearest indication of a troubled mindset has to be her life-long affiliation with "People of Praise," a cultish Neo-Catholic assembly that refers to women as "handmaidens" (no joke) and gives men absolute control. The group sounds like something out of feudal England, patriarchal, misogynistic, anti-democratic. Which might explain why Amy-Offred hid her membership from both Senate confirmation committees. But think nothing on it. When it comes to her actual record, she's got a lot to hide.

So there they are, our first gaggle of "What's in a Name" game players, the Five Felons, notorious members of the US Supreme Court. All five committed perjury during their confirmation hearings, either by lying outright, or by parsing the language of previous rulings, or by concealing information that would have disqualified them. Two are sexual perverts. The new labels, it is hoped, will help to highlight their destructive, reactionary politics. They should be worn with the pride of achievement, of fealty to totalitarian rule, a badge of honor in the very best Hester Prynne tradition.

Coming Up: "What's in a Name, Part II," wherein the author continues a subversive tribute to politicians, celebrities, media figures and other well-known low-life's. Stay tuned.

Related Topic(s): Corporate; God; Perjury; Rights; Senate; Women, Add Tags
Add to My Group(s)
Go To Commenting
The views expressed herein are the sole responsibility of the author and do not necessarily reflect those of this website or its editors.