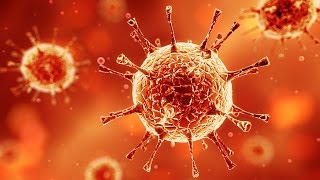 We're familiar with the body's immune system. It mounts a reaction to intruders, and in the process it swings into a full inflammatory response. Swelling occurs. Fever. The result, if the immune system is healthy, is the banishing of the intruders and a return to well-being. The body gains a victory -- and the person builds confidence in his ability to stave off attacks.

The mind has the potential to operate in a similar fashion. But there are prerequisites. The mind needs basic ideas and principles on which to erect its response.

These basics are inherent in a healthy mind: the desire for freedom, for self-sufficiency, for the creation of a desired future, for committed work in that direction.

In the absence of these strong fundamentals, the mind will not mount a direct immune response against intruders. It will be clueless.

What are the intruders? Well, they are precisely the external influences that lessen, minimize, squelch, and sideline the inherent basics.

Whatever would challenge freedom, self-sufficiency, committed work on behalf of creating a desired future -- THESE are the factors the mind's immune system responds against.

But if the mind has been tuned to DEPENDENCE, all bets are off. The immune system is confused. It doesn't respond swiftly and decisively. It is looking for, and favoring, more dependence, and so it is essentially working backwards. It has already let the opponent in the door.

When intruding ideas enter -- ideas that try to reject freedom and self-sufficiency -- the mind's immune system allows them deep inside. There is no defense. There is no full inflammatory response.

When the mind is fortified with the basics, it sees these destructive ideas for what they are, and it nullifies them. There may be a period of crisis, during which the mind is sorting out thorny deceptions and coming to terms with them. But finally, it sees with clarity, and it wins.

What now passes for education plays a role here. If schools downplay the strength of the mind, if they offer a flabby flaccid curriculum over a period of years, the mind tends toward surrender. And the stepchild of surrender is dependence. Game over.

In the culture, these things used to be understood fairly well. That day is gone.

Now, it's up to the individual.

Related Topic(s): Dependence; Freedom; Ideas; Immune System, Add Tags
Add to My Group(s)
Go To Commenting
The views expressed herein are the sole responsibility of the author and do not necessarily reflect those of this website or its editors.