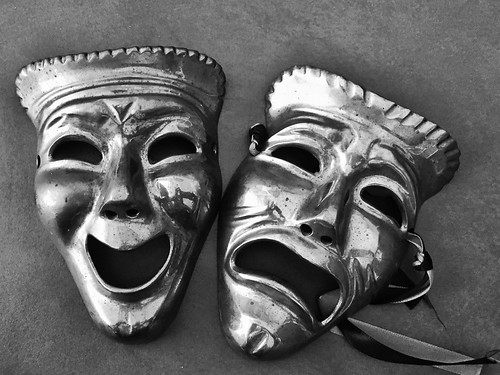 What is happiness?
(Image by Taymaz Valley)   Details   DMCA

People have been writing about happiness for thousands of years. What is happiness? How do you achieve happiness?

Religious people will tell you to join their religion and you will achieve happiness. Your parents will tell you to work hard and make babies. Philosophers tell you money does not bring happiness. Politicians tell you they are the only ones who can improve your life. Corporations tell you to buy their product and you will become popular and spend your time on beaches or at parties like the beautiful people in their TV ads. Magazine articles tell you how to find love and happiness. Certainly most of these involve some element of happiness. However many are promoting something they want to sell or to benefit the promoter such as a religion. But what is the underlying principle that is the foundation of happiness? This is an important question that affects everyone.

I have traveled to many countries including third world countries. One of the things I learned is that people in these countries seem to be happy even though they have very little of the things we take for granted. We do not realize how fortunate we are to have flush toilets, paved roads, faucets, shopping malls, and closets packed with clothes. There are billions of people that have none of these things and will never have anything like it.

I recall one little boy living with his family in the Andes Mountains. He saw us coming down the trail and started crying. He grabbed his pet Guinea Pig and ran to his mother. We had no ideas of what he was afraid of. Later we were told that he thought we were coming to take his pet away and cook it for dinner. Guinea Pig is a popular food in Peru. The entire small animal is cooked head and all and served standing on a plate as if ready to run away. By our standards, this remote little family had virtually no possessions at all and yet they did not seem to be distressed or suffering in any way. They were simply living life as they knew it without complaining.

It is no secret that many successful and famous people have committed suicide. Here is just a small sample of these famous suicides: Earnest Hemingway, Robin Williams, Marilyn Monroe, Kurt Cobain, Phillip Seymour Hoffman, and Anthony Bourdain. All of these people, and many more, were enjoying exceptional fame and fortune and yet they decided to end it all. We struggle every day with financial problems or social problems and dream about someday having the a little bit of financial or personal success. We can't understand how someone who seems to have everything could be so depressed to kill himself or herself. How is this possible?

A person raised in a one-room hut on a mountain trail does not expect anything else. He is satisfied with his situation because that is all he ever expected. Likewise a person who has had unlimited material items and enjoyed celebrity popularity assumes this is normal and expects it to continue. But if any of this is lost, the person feels desperate. Two examples are Lindsay Lohan and Gary Coleman. They were successful child stars but their success did not last long. Coleman was nearly broke when he died at 42. Lohan also failed to make it as an adult star.

It should be noted that a person cannot be happy if he does not have at least the basic necessities of life - food, shelter, and good health. Without these basics, nothing else really matters. Happiness is irrelevant if you are sick and starving. Most people today have these basic needs.

Happiness surveys for all countries are conducted every few years. Although many Americans think the USA is the "best" country, that is far from the reality in terms of happiness. The USA comes in at #18 behind 17 other countries. A big reason the US is not near the top of the Happiness Surveys is the lack of affordable health care. Many Americans live in constant fear of an unexpected health care disaster. No other country has thousands of citizens going bankrupt due to medical costs. No other country has the mass murders of children and adults. No other country has a large segment of the population living in fear that any day they could be murdered for no reason by racist police. Most advanced countries have higher levels of security, equality, and prosperity than the US does.

The author was a Spacecraft Engineer on NASA's Apollo program and a Computer Science instructor at California State University. He holds a Master's degree in Systems Engineering from the University of California and has traveled extensively (more...)

Related Topic(s): Celebrity; Depression; Expectations; Family; Hemingway; Medical; People; Reality; Religion; Success; (more...) Suffering; Suicide; Survey, Add Tags  (less...)
Add to My Group(s)
Go To Commenting
The views expressed herein are the sole responsibility of the author and do not necessarily reflect those of this website or its editors.

Things We Should Know but We Don't

The Case for Universal Health Care