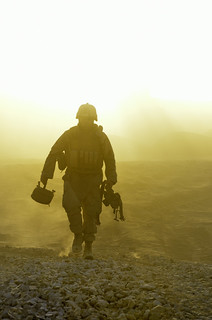 War has never been alien to Afghanistan, a country which has been faced with over three decades of foreign led as well as internal civil war since the last quarter of the 20 th century. The civil war period, in the aftermath of Russian (Former USSR) withdrawal saw a new force, the Taliban, emerging out as the victor until uprooted by a multinational coalition in 2001.

In the last 14 years of a US led coalition presence in Afghanistan, the Taliban has shown exceptional strategic ability and resilience in not only surviving, but controlling vast stretches of land across Afghanistan. Some analyst have declared the Taliban as triumphant for successfully sustaining their presence, inflicting losses on the Afghan and US troops, as well as finding inroads into a large degree of Afghan society. The latter aspect, referring to the appeal to Afghan society, is more credited to the unpopular foreign invasion aftermaths, rampant corruption, worsening law and order, a lack of inclusive state institution, and above all the lack of a promising future which remains a far off dream even after years of experiments by the US led coalition. However, winning a war some 12,000 km away from the homeland, with one of the most challenging terrains and environment is itself an impossible task to start with, and this is where the coalition has found itself. To add to the miseries, the failure to establish an appealing, loyal and Afghan-centric leadership and institution have worsened the equation for those who envisioned a free, democratic and peaceful Afghanistan in 2001.

Come 2016, the scope of the debate over the Afghan future is shifting in terms of stakeholders and the alliances. The world has awaken to the reality of DEASH or ISIS, their rise in Iraq and Syria, the spree of brutalities which has even made former global terrorist groups like al Qaeda disown them. ISIS has overshadowed all other terror groups from the Middle East to Europe, and it is no secret that their presence is gaining strength in Afghanistan, and is high on their policy sphere. The Taliban has been the name that everyone familiar with the insurgency and war in Afghanistan remembered until 2015. The smoke screen that covers its structure, its numbers, its leadership (a vague picture of Mullah Omar is all we have) and its capability has added more weight to the Taliban. It will be a sweeping statement, but quite comprehensive to say that from 2001-2015, the Afghan insurgency had belonged to them.

In view of the vacuum that exists between the lack of an effective governing structure for Afghanistan, the Taliban de facto authority, and the rift witnessed over succession of Mullah Mansoor as the new Chief, the country presents itself as the perfect breeding ground for the ISIS or its affiliates. 2015 saw notable activities in this direction, with the US targeting the ISIS local leadership in aerial strikes, while the Taliban was disowning the killing of captives by ISIS, in its signature style. In prevailing circumstances, ISIS may succeed in reaching to a certain segment of Afghans, presumably the youth but as seen in Syria and Iraq, this appeal is again centric to foreign fighters. Afghanistan has already seen its fair share of foreign radicals, and the results will certainly deter them from opening their arms to them. However, it is to be taken in consideration that at present a lot of fighters from Central Asian countries and other regions are engaged in insurgency, both in Afghanistan and in its neighboring countries, and these battle hardened fighters can rise to extend their control on regions now under Taliban control. These fighters may be foreign in terms of roots, but for decades they have fought along with the Taliban and its opposing groups, making them a tough enemy for the Taliban.

The second element of ISIS rise may rest upon the seasoned warlords, used by various countries from time to time to fight Taliban. Their presence is limited at present, but the rivalry to the Taliban and the ineffectiveness of the Afghan government as well as security apparatus can make them and their militia a top choice for ISIS. In any case, ISIS rise against the Taliban will be a "Zero-Sum Game" challenging the unconfirmed status quo in Afghanistan, where areas of priorities have been marked between the Taliban and the Afghan government. Long before the US invasion, Afghanistan has been the proxy theater for many powers and so it remains till this date. The potentials of ISIS just like the Taliban on their side will be too attractive to ignore for numerous regional and international actors. Sectarianism has been a fault line in Afghanistan, and as witnessed in Middle East the same cracks can pitch the entire population of Afghanistan against each other.

The frustration in the Afghan regime, for its inability to conquer the Taliban may lead certain segments to kill an enemy with an equal threat, however with a new face. The real question will come over US led coalition to decide its companion or adversary in this changing game.

As of 2015, the US has struck few valuable targets associated with ISIS, while talks with the Taliban have also progress to some extent. At present, the best possible answer to the question of the Afghan future is what the US is pursuing (at least in theory), a Taliban inclusive Afghan government with guaranteed peace and adherence to international norms. A regional role of China, Pakistan and others towards peace talks is the right way to progress with the UN as the facilitator to the sustained road to peace.

Any experimentation with a counter force by stakeholders involved in Afghanistan can, to an alarming extent destabilize the entire region, with Afghanistan its epic center. It is time that all actors learn the due lesson from cases like Syria, where settling old scores has blackened the future of many generations to come.

Related Topic(s): Afghanistan Pullout; Isis Threats; Taliban, Add Tags
Add to My Group(s)
Go To Commenting
The views expressed herein are the sole responsibility of the author and do not necessarily reflect those of this website or its editors.